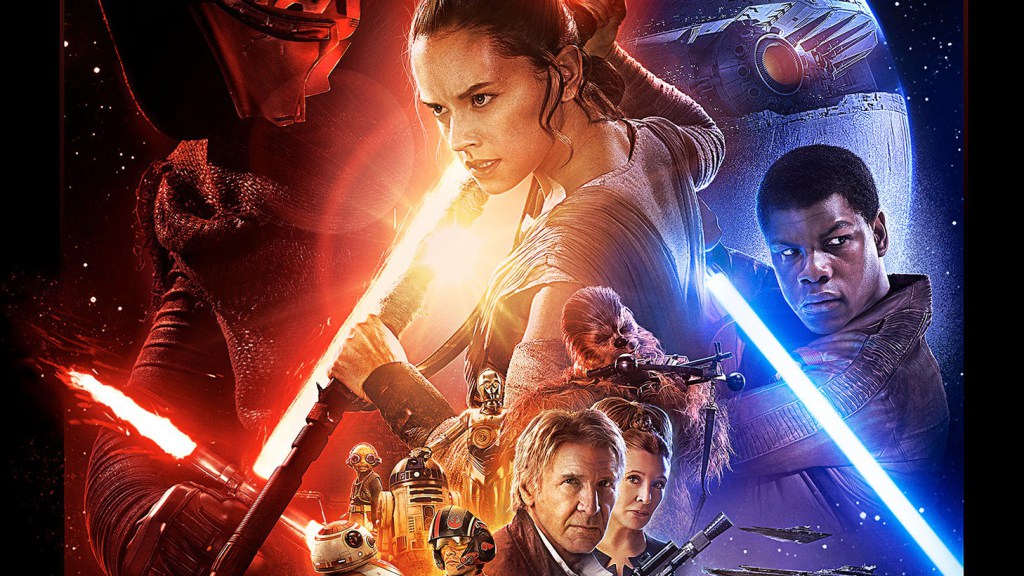 Having spent the weekend in a remote forest without internet for three days, I came home to some major internet excitement: The new ‘Star Wars: The Force Awakens’ poster has landed. It manages to pack both tons of action and questions.

Second, the internet begs the question: Where are some of our favorite heroes? There’s no sign of Luke Skywalker, though Mark Hamill’s name is still on the credits (bumped to the second position after Harrison Ford, however. Adam Driver just makes it to the end of the first credit line.)

Also, what’s up with the guy next to R2D2 or the pseudo-Death Star in the back? BB-8, of course, is busting out and ready for your merchandising dollars.

Daisy Ridley’s character, Rey, is smacked in the middle despite not much being told about her in previous teaser trailers. We still don’t really know what’s up with Kylo Ren – though more will be unveiled tonight in another trailer due for release during Monday Night Football. Movie tickets are also expected to go on sale tonight after the game.

We could keep asking questions until the theatrical debut on December 18 – but for now, here’s an alternate version of the poster for someone who’s clearly missing the one true Star Wars hero.

Read next: Camra mobile app lets you shoot photos and videos directly to the cloud