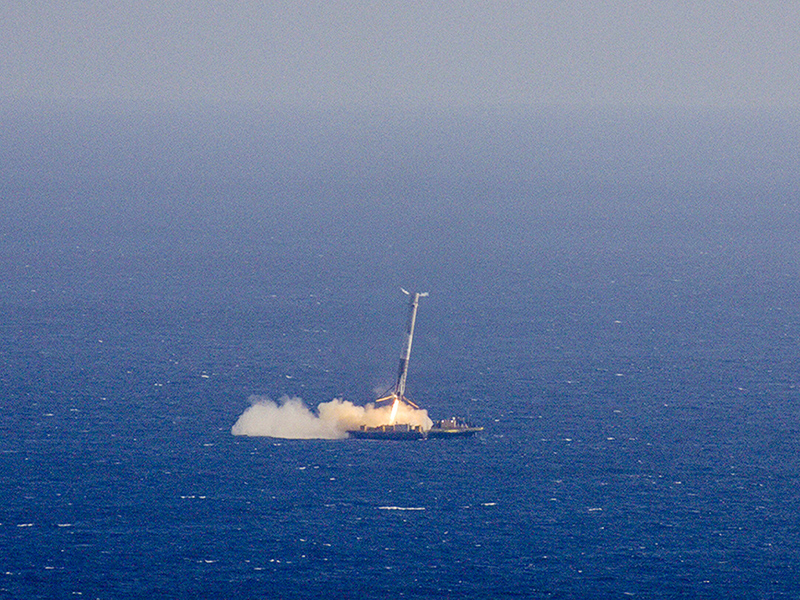 The SpaceX Falcon 9 Lander is a browser-based puzzle game that lets you simulate a landing of the SpaceX Falcon 9 booster rocket, something SpaceX hasn’t managed to successfully do. And to be fair to Elon Musk, it’s pretty damn hard.

Musk hopes the Falcon 9 can revolutionize space travel but unfortunately, while it can launch just fine, nobody has figured out how to land it. SpaceX has unsuccessfully attempted to bring it down on a barge in the ocean on three occasions.

The team actually did manage to touchdown the rocket on the barge once (so it is possible), however, it quickly toppled over into the sea and exploded, which isn’t ideal.

The game is equally difficult. I have waisted more time than I care to disclose on it so far and I still haven’t managed to get the rocket to stay upright.

The game wasn’t created by Musk to help figure out this predicament though, it’s a remix of another Web game – Lunar Lander – from Scratch community member Dixiklo at the MIT Media Lab. If you’re struggling with the Falcon 9, the Lunar Lander is a lot easier.

Have you managed to land it? Let us (and Elon Musk) know in the comments.

Read next: Social media can bring down politicians, but can it also make politics better?