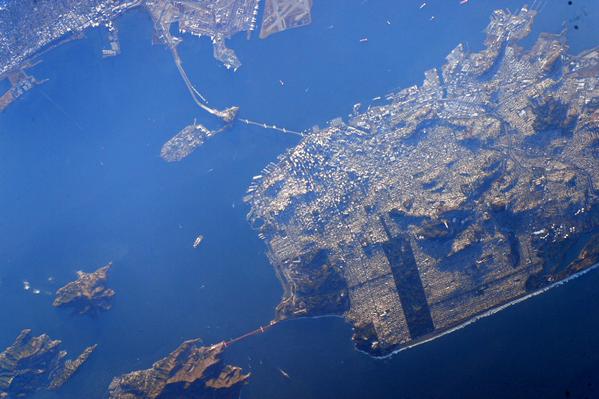 San Francisco may seem big, but actually it’s pretty small. Although it’s a major city and the home base of many tech companies, the city proper is just 46.9 square miles.

And from space, it looks even smaller.

NASA’s Scott Kelly is currently stationed in the ISS for an entire year, and it’s clear he gets all the great views. Take a look at the city from his point of view:

Look at how tiny it is! if you squint, you can see the thin orange line of the Golden Gate Bridge. Oakland is also (partially) visible in the photo.

Kelly is scheduled to return to this planet in March of next year. Expect plenty of rad space shots from his Twitter in the meantime.

Read next: Samsung says Gear S2 may someday work with the iPhone