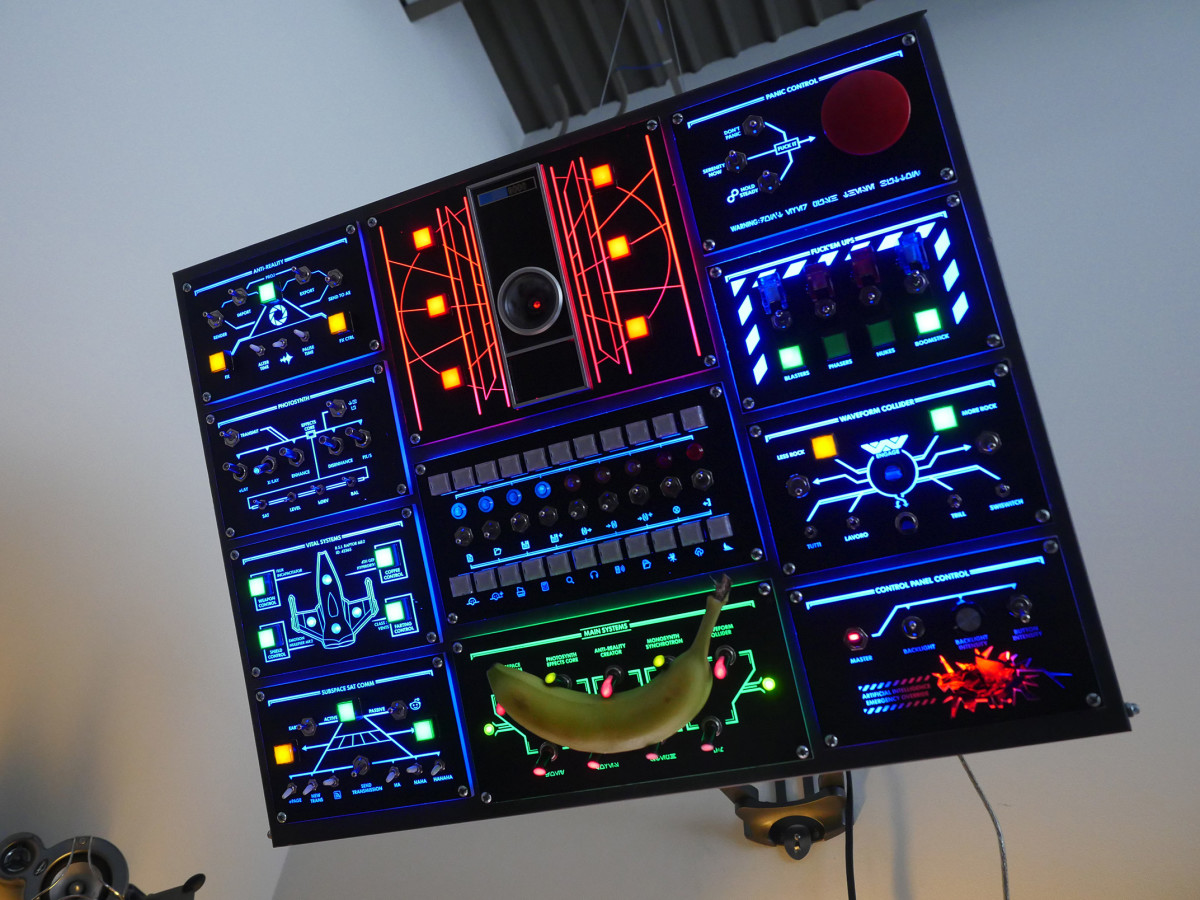 Browsing Reddit’s front page I came across one of the coolest DIY projects I’ve ever seen: Redditor /u/smashcuts built a fully functional, IRL control panel, complete with a hundred buttons, switches and knobs that can trigger all sorts of actions from the useful to the ludicrous. And it looks awesome too:

It’s incredibly elaborate, with different sections dedicated to specific types of functions. There’s a green ‘Main Systems’ section for smashcuts’ most frequently used apps, a central panel for controlling OS shortcut like Open, Save and Close, and yet another part is used to control backlight intensity, to name a few.

The labeling is pretty funky, with thinks like ‘Waveform Collider’ launching iTunes and ‘Anti-Reality Creator’ for Adobe Premier. ‘More/Less rock’ buttons control the volume, while other things like ‘Farting control’ are left unexplained for you to ponder.

That said, the nerdy name scheme also means he could replace apps and functions at any time without the discrepancy driving him crazy, so it serves a functional purpose too.

It doesn’t get much nerdier/cooler than this Star Wars/Tron/Space Odyssey inspired panel:

That said, my favorite part might be ‘Panic Control,’ with three toggles for de-stressing: According to /u/smashcuts, ‘Don’t Panic’ cues a ‘Hitchhikers Guide’ YouTube video, ‘Serenity Now’ cues a ‘Firefly clip, and ‘Hold Steady’ plays his favorite band.

And if you’re wondering what the big red button does:

As you might imagine by now, building it was an incredibly elaborate process. A combination of USB controllers, LED lights and Arduinos control the hardware:

And the enclosure itself is made from a mixture of a handout metal junction box and laser-etched acrylic glass panels.

This is what it looked like inside by the time everything was connected, although he had to go through some troubleshooting later.

But the end product is pretty spectacular:

It’s a great mix of functionality and ludicrous superfluousness. Be sure to check out the full step-by-step photo guide posted he posted on Imgur here.

Read next: Review: Orbitsound's new £500 soundbar isn't cheap, but it might replace my stereo