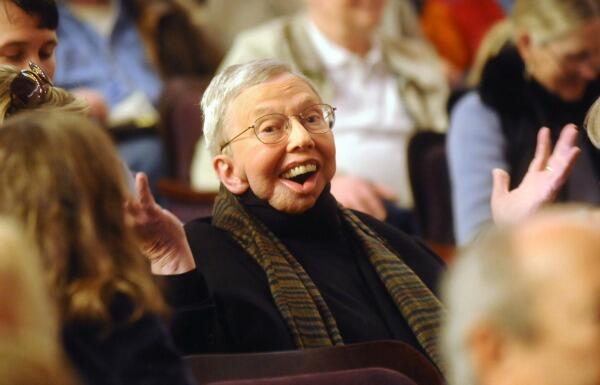 When Roger Ebert passed away in 2013, the Twitter account of the well-respected film critic was passed on to his wife, Chaz Ebert. Since then, the @ebertchicago account has rarely tweeted, other than the occasional links to promotional material, videos, or photos in memory of Roger. Nowadays, the feed mostly consists of retweets from Chaz’s account about entertainment, breaking news and social issues.

So when @ebertchicago made its first tweet in a long while today, fans were quite.. confused.

This account is eating up all of my data and I want you to cancel it. Please respond

Cryptic! Looks like Chaz got a little annoyed by how much data the Twitter app gobbles up, especially if she’s left the option for GIF and video autoplays on.

An hour later, an update.

Clearly, the tweets were a mistake but Chaz has left them up for your enjoyment. Or we think. She, or whoever is handling the account, is responding directly to fans via the @ebertchicago account versus Chaz’s own.

When an internet figure dies, it’s difficult to figure out what to do with their Web properties. Most go in the route of becoming a memorial site for friends and fans, others (such as a Facebook account) can be left to Legacy Contacts to decide.

Read next: When a great internet friend dies, their spirit echoes on in everything you do