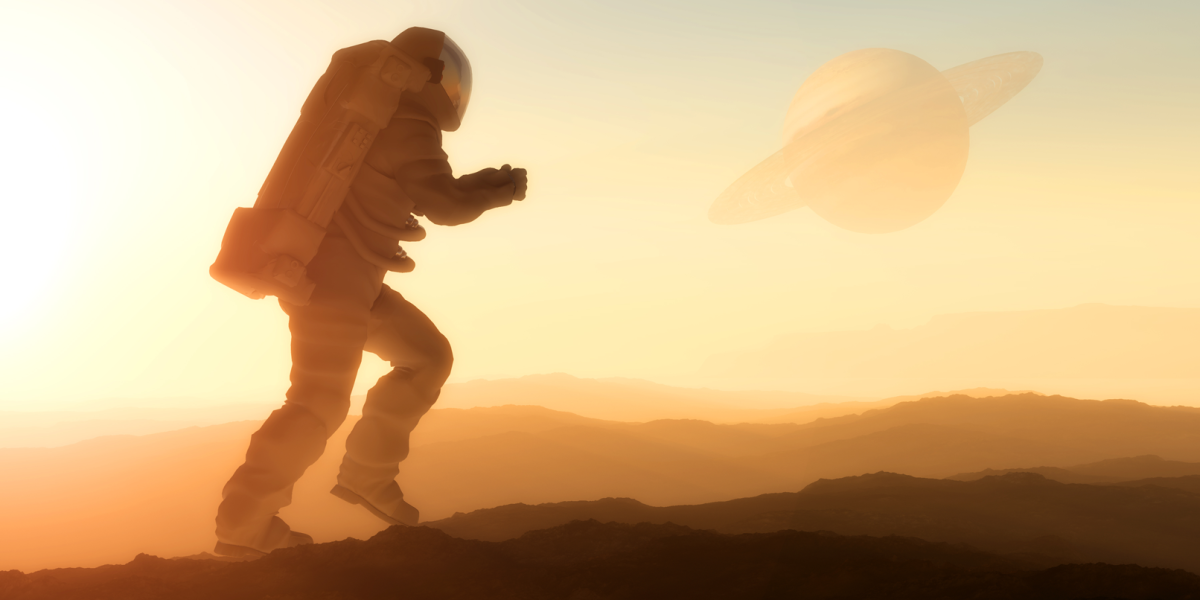 In a move that shows commercial space exploration is not just possible, but probable, the United States House of Representatives just passed the SPACE Act in order to lay down some general guidelines in case you want to, you know, start a mining operation in space.

While private charters like Virgin Galactic, and colonization missions to Mars by the likes of SpaceX are all the rage these days, the bill would suggest that enough private organizations have an interest in mining valuable resources from space that the need for legislation is necessary. Bear in mind, not a single private company has even surveyed a star or planet, so the need for a bill regulating space mining might be a reach, at least for now.

We’ve known for years about the valuable resources that could be floating around in space. For example, an Extreme Tech piece from 2013 detailed a company called Planetary Resources and their intention to mine what could amount to large quantities of precious metals from near-Earth asteroids. The asteroids are likely to contain deposits of gold, platinum and other substances such as iron-nickel ore. In fact, a single 2-kilometer asteroid could contain as much as two billion tons of the stuff, which would amount to three times the yield of the entire planet.

Other astronomers point to the existence of a white dwarf so cold that all the carbon has crystalized, effectively creating what could be a diamond the size of Earth.

The key word when talking about what’s possible in terms of space mining is “could.”

Until we send a team with what ultimately accounts to a futuristic pick-axe and bucket into space to quantify what – if any – resources are viable for mining and if these resource-containing space rocks are indeed as valuable as they say, we’re just making educated guesses.

The bill itself seeks to outline ownership rights as well as put a plan in motion that tries to determine just who is going to regulate interstellar activity. The SPACE Act accomplished the former, but the latter seems to be a conversation for another day, and another bill.

The ownership rights are relatively straightforward:

Any asteroid resources obtained in outer space are the property of the entity that obtained such resources, which shall be entitled to all property rights thereto, consistent with applicable provisions of Federal law.

The regulatory control process however, is slightly more complicated.

Currently the Federal Aviation Administration (FAA) grants the licenses required for commercial space launches. Basically, any entity outside of government agencies, such as NASA and The Department of Defense, currently have to clear the mission with the FAA and obtain a license.

While there are only a handful of companies that would ever need such a license currently, if space does become the next gold rush for private enterprise you’re giving an awful lot of regulatory power to the FAA in terms of who gets to play. Another cause for concern is the fact that this seems to directly contradict the language from the bill itself, specifically Section 51302(a)2:

(2) discourage government barriers to the development of economically viable, safe, and stable industries for the exploration and utilization of space resources in manners consistent with the existing international obligations of the United States;

The SPACE Act is a start, but it could need quite a bit of overhauling and amending as asteroid mining and commercial space flight in general becomes viable. The FAA bit in particular is concerning, and if commercial space operations grow to the point of becoming commonplace, it might be time for a new organization, possibly an international one, to regulate the flow of traffic into and out of space.

For now though, can we just revel in the idea that The House of Representatives is writing legislation for industry in space? We truly are living in the future.