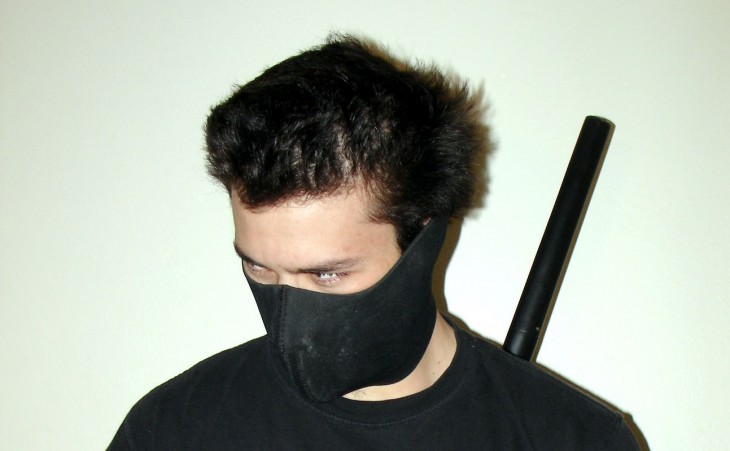 27-year-old Nadav Nirenberg from Brooklyn had his iPhone 4 stolen recently, but he got it back thanks to some quick thinking. All that he needed was a fake OkCupid profile showing off a busty 24-year-old, and a hammer.

The thief was apparently using Nirenberg’s stolen iPhone to look for a date on the dating service, after stealing it on New Year’s Eve during a cab ride. Nirenberg was alerted on New Year’s day about the activity via an OKCupid email alert telling him someone had been using the phone to send messages to girls.

“I could log on and see everything he was sending,” Nirenberg told NY Post. “He was even using my photo.”

Nirenberg and a friend put a plan in motion to get the phone back. They grabbed a photo from Google Images depicting a woman smiling into a Web cam “with a bit of exposed cleavage,” captioned it “Jennifer in BK,” and set up a fake profile for a Miss Gonzalez.

Gonzalez then sent a message to the crook, who eagerly replied and the two set up a date for 7:00 PM later that day. Nirenberg gave the address for his apartment, and “used lots of winks and smiley faces so I would seem like a girl.”

When the thief showed up clean-shaven, smelling of cologne, and holding a bottle of wine, Nirenberg tapped him on the shoulder from behind. He threatened him with a hammer and demanded the iPhone 4 back.

Nirenberg said he won’t be pressing charges because he just wanted his phone back. That, ladies and gentlemen, is how it’s done.

See also – Police helicopter hunts down a 16-year old iPhone thief in Australia and This mom gave her son an 18-point contract with his iPhone. Would you be tempted?

Read next: Google Maps never supported Internet Explorer on Windows Phone 8, and it likely never will