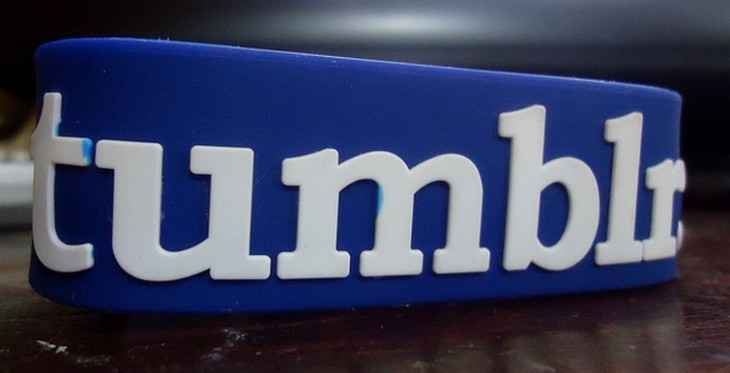 And you think that you are having a tough Monday. Today, popular blogging platform Tumblr is dealing with an unorthodox protest at its Manhattan office: a large, inflated rat.

As it turns out, the company is in hot water with unions over alleged use of non-union carpenters inside of its digs. For that supposed trangression, the company is being slammed in fliers, and now, apparently, haunted by a large rodent.

According to a report in BetaBeat “the union is targeting Tumblr because the company hired Cooper Works Inc., a non-union contractor that ‘does not meet area labor standards in terms of good wages and benefits.'”

Business Insider managed to snag a photo of the thing:

If you were curious, the fliers in question pilloried the company for “Desecration of the American Way of Life.” That’s not the calmest of language, naturally. Tumblr employees: we are handing out virtual cookies and good cheer to the best shot of one of you with the rat.

Read next: Google Maps for iOS downloaded more than 10M times in under 48 hours