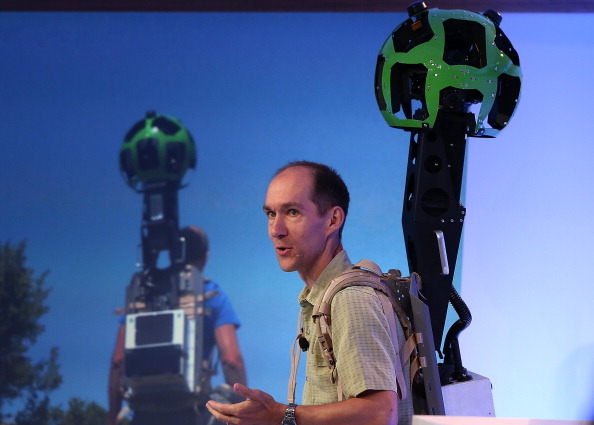 Google has gone to remarkable lengths to provide users with great directions to extraordinary places. Through the use of the Street View feature on Google Maps, people have been able to discover and view panoramic views of amazing places like the Swiss Alps, the Amazon, Antarctica, and a variety of other locations around the world. If you can’t physically go there, why not have Google bring it to you, right?

Today, Google Maps has decided to conquer one of the world’s most majestic places: the Grand Canyon. To help demonstrate the extent of its efforts to make Google Maps more complete, the search engine giant decided to compile a Street View of one of the few places in the world that no car, trike, or snowmobile has ever been before.

Using the Trekker system (a wearable backpack with the recognized Google camera on top), the company’s Street View team hiked through through the Grand Canyon to capture a 360 degree view of one of the most beautiful places in the world. Through the team’s efforts, Google Maps is now able to show the narrow ridges and steep, exposed trails and it was simply done by walking. The team didn’t need to photograph everything — the Trekker did it for them. It was controlled through the use of an Android phone and automatically snaps photos of area as the operator walks.

As the Grand Canyon is…well…grand, this week the team has taken photos from the South Rim at Grand Canyon National Park, the Bright Angel Trail, South Kaibab Trail, and many others. These photos are not just one view, it’s a panoramic one meaning you’ll be able to see all the way around and almost visualize yourself right there.

Read next: As the Internet Association steps up, the venerable NetCoalition will shut down