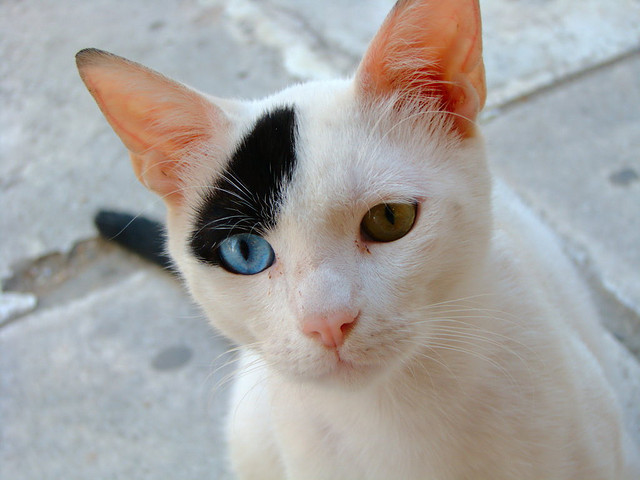 There’s a scientific explanation for pretty much everything, you know. If you’ve ever wondered why and how cats almost always land on their feet, or paws, here’s the explanation that you’ve been waiting for.

This gent decided to use a high-speed camera to record and dissect the flight of a falling cat (not the cat itself, luckily):

So as simple of a question as this is, it turns out to be a MAJOR POINT OF STUDY in Physics, Robotics, Space Satellite Control, Weapons Development, Biomedical Engineering, etc. It’s stumped scientists and engineers since Newton’s day. Here’s something interesting. The cat isn’t twisting his back.. he’s actually BENDING it. The next video will go into great detail about what’s going on there, and explain how it relates to studying the farthest points in the universe (Seriously… the fact that a cat can do this allows us to study the Universe.. no exaggeration).

The cat is safe and was treated well. I’ve watched this about 10 times, and it hasn’t gotten old yet. I feel smarter and I hope you do, too.

Read next: US sales of Apple-accused Samsung devices add up to 21m phones, 1.4m tablets