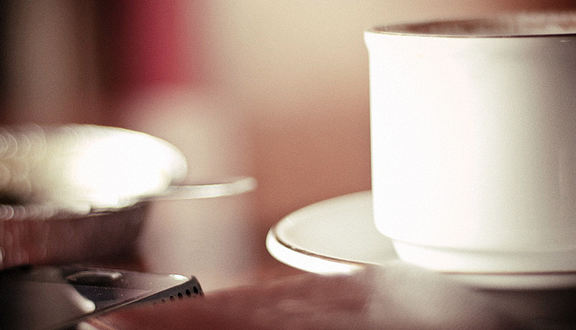 Here’s what’s new in the world of awesomely invasive advertising: Dunkin’ Donuts is now spraying the scent of coffee into South Korean buses in order to attract new customers.

The technology, as reported by BostInno, works as such: #1. An aromatic sprayer is installed and outfitted with Dunkin’ Donuts coffee smell. #2. Whenever the company jingle is played over the bus radio, the device is triggered, and customers feel the need for a fresh brew.

This really is company branding at its best, as every aspect of a business can be refined into an extremely personal identity — everything from motion to taste and texture can be integrated into an international corporation’s global identity, and this is what we’re seeing here.

As the video explains, Dunkin’ Donuts wants its potential South Korean customers to think coffee every time they think of Dunkin’ Donuts. It’s brilliant, it’ll work, but it’s also pushy and manipulative (aka nothing new).

Of course, this smell trick has been employed elsewhere, most notably by Disney, which utilizes a “just out of the oven” cookie aroma in Magic Kingdom. The difference here is that Dunkin’ Donuts is now coming to you. How nice.

Read next: Hey Twitter, what happened to good old 140?