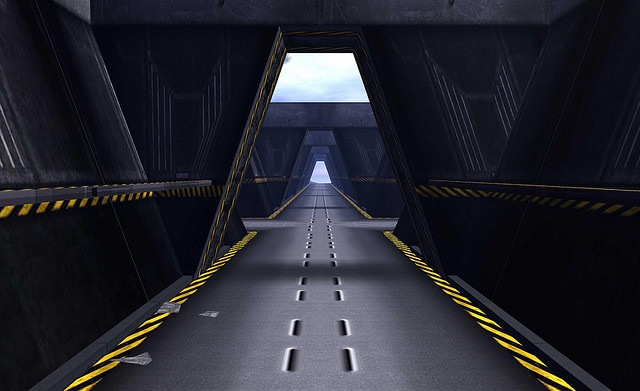 I travel quite a bit, and so do a lot of my friends here in the Bay Area. Since we’re all geeks and love technology, this particular piece referencing a BBC article on “Vactrains” definitely jumped out at us.

In what is being referred to as “space travel on earth”, the idea of a Vactrain could use technology with magnetic levitation to reach speeds of a whopping 2,500 mph. You could go from Los Angeles to New York City in 45 minutes or less. Or how about New York City to London in an hour?

A company called “ET3” is championing the push for this technology, and here’s how it describes itself:

ET3 is literally “Space Travel on Earth”. ET3 is silent, low cost, safe, faster than jets, and is electric.

Car sized passenger capsules travel in 1.5m (5′) diameter tubes on frictionless maglev. Air is permanently removed from the two-way tubes that are built along a travel route. Airlocks at stations allow transfer of capsules without admitting air. Linear electric motors accelerate the capsules, which then coast through the vacuum for the remainder of the trip using no additional power. Most of the energy is regenerated as the capsules slow down. ET3 can provide 50 times more transportation per kWh than electric cars or trains.

Here’s a look at what the “capsules” would look like on a Vactrain:

While this might be many years of way from being a reality, I’m willing to sign up for a beta test. Hopping on a tube to visit my family in Philadelphia and being there in less than an hour would be simply amazing. It could happen, right?

Read next: Amidst child sex scandal, Habbo "mutes" its entire site while it investigates its users' behavior