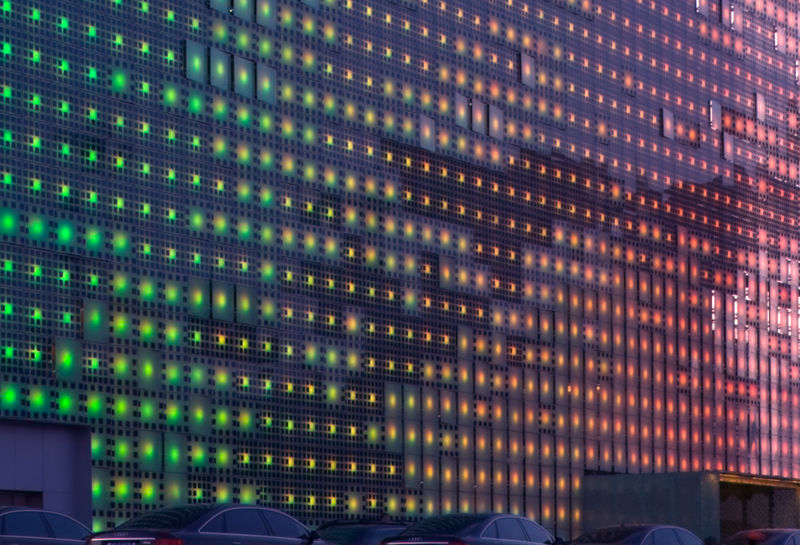 The MacLight is an awesome Arduino project created by Adam Howard, a computer science major at Bournemouth University. For those not in the know, an Arduino is an open-source single-board microcontroller. In other words, it’s a small, inexpensive computer that’s easy to hack and embed into objects. We’ve covered tons of stories using Arduinos, like this Occupy Wall Street Robot and the SADbot.

The MacLight amplifies everything that happens on your screen, making it the perfect companion for a violent, hard hitting action flick. The app works by instantly setting the color of mounted leds (behind your Mac) to the average color of your monitor. There’s also a calmer use case. You can use this app to manually set mood lighting via an RGB color picker. More from the developer:

Most projects I start are because it’s something that I want for myself. In this case I received a fair amount of interest and opened it up… I stopped development when it worked on my system and suited my personal needs[, and] released it on GitHub so that others can have a headstart if they want to do something similar.

After talking with Adam, it looks like the project might receive future development after all, and the code is also available for anyone that wants it (Xcode project, Arduino Sketch). Follow him on Twitter, and check out the video below to see the project in action:

PS: Adam works with 3 Sided Cube, the company that created this impressive app for the British Red Cross.

Read next: Did Apple redefine photography with the iPhone?