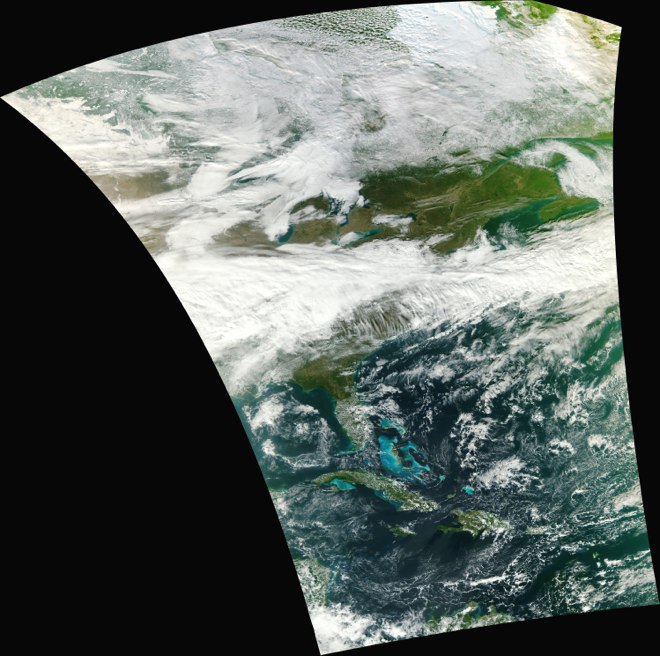 This is a crazy crisp image of the eastern United States shot from low orbit of Earth by one of NASA’s newly launched $248M satellites.

The new Visible Infrared Imager Radiometer Suite, built by defense contractor Raytheon, is installed on one of NASA’s recent environmental satellites that is preparing for the NPOESS project, which will monitor earth’s weather in near orbit.

The VIIRS is obviously no slouch in the imaging department, as this is one of the most realistically crisp images of Earth I’ve ever seen. As the Joint Polar Satellite System, the continuation of the current system of weather satellites, gets underway, we should see more of these surfacing. Can’t wait.

The image below is cropped, click here to check out the full-resolution image and read more about the VIIRS here.

Read next: Samsung takes a jab at Apple's iPhone in this new Galaxy S II commercial