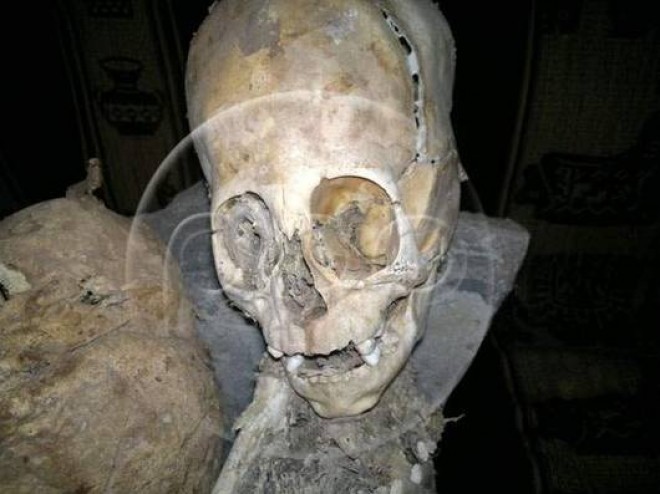 Was the US government wrong when it claimed that there is no evidence in support of extra terrestrial life on Earth earlier this month? The answer is maybe, after the discovery of a big-headed mummy in Peru brought a mixed reaction from academics involved in the project, which was reported by RPP (in Spanish).

The anthropology team working with Renato Davila Riquelme, of the Privado Ritos Andinos museum in Peruvian city Cusco, believe that the strangely shaped skull is that of a human child, given that the remains are just 20 centimetres tall.

However,  the triangular shaped skull has drawn a different reaction from a group of Spanish and Russian doctors, who, according to iO9, are reported to have said that they believe that the remains are not of this world:

It has a non-human appearance because the head is triangular and big, almost the same size as the body. At first we believed it to be a child’s body until Spanish and Russian doctors came and confirmed that, yes, it’s an extraterrestrial being.

The names of the scientists are not given, nor are details of their background, work or relevance to the case revealed…but hey, why worry about minor details when we’re talking about mummified alien remains that somehow made it all the way down to deepest Peru? Right?

We’ll leave you to make up your own mind on this…without spoiling this attempt at a conspiracy theory.

Read next: The problem with Twitter's Activity tab: It's just not personal enough