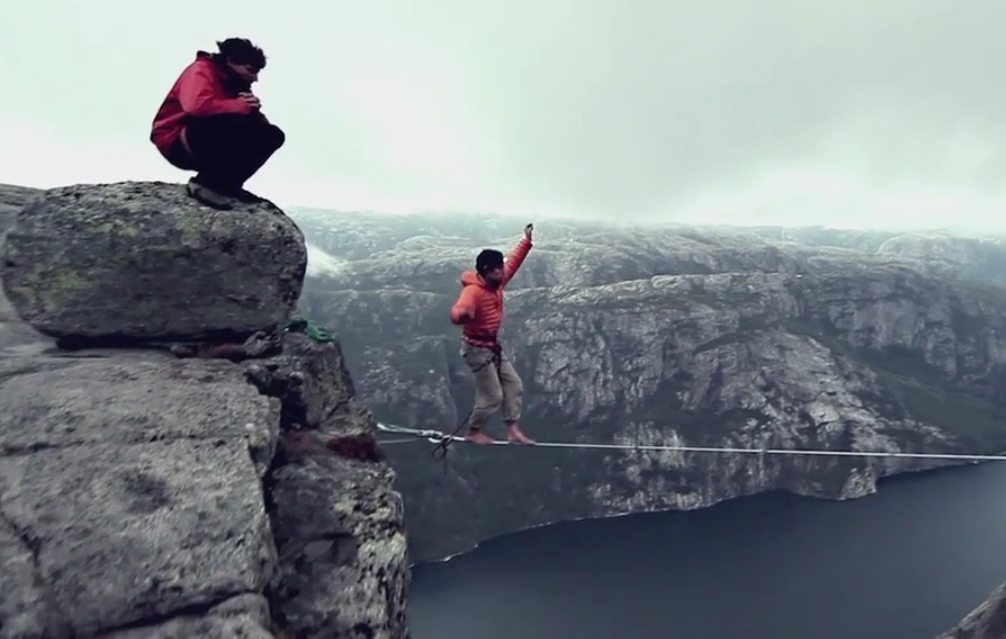 French filmmaker and highlining pioneer Sebastien Montaz-Rosset is part of a team called The Skyliners,”  a group of friends pushing their limits in highlining, basejumping, mountainering, and much more…

To promote their upcoming film titled “The Flight of the Frenchies,” Montaz-Rosset captured this short video, which offers an incredible exploration into the world of free flight featuring his friends Tancrède, Julien, Seb and Antoine.

We travelled from our home in Chamonix to our training ground in the Verdon gorge, testing the limits for our ultimate goal… We rigged highlines on the skyscrapers of Paris, and finally came to the spectacular cliffs and fjords of Norway. Months of training led the Skyliners team to attempt their dream of complete freedom… the freedom of flight !

Check out the video for yourself here. My feet are tingling!

The 40-minute feature documentary will be available on 11.11.11 at 11 a.m for download on the creator’s video blog: sebmontaz.com.