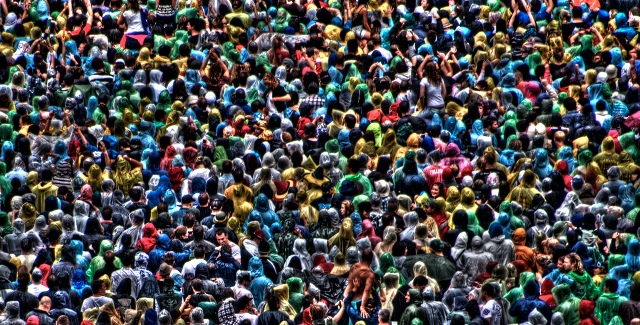 You may have noticed quite a few mentions of planet Earth closing in on the magic ‘7 billion’ mark in recent weeks. The UN has put up an online calculator which is counting up to the milestone, and it’s currently sitting at the 6.999bn mark – it should surpass 7bn pretty soon.

To mark the occasion, the BBC has set up an online tool to help the world get some perspective on what 7bn actually means. You simply enter your date of birth and it tells you your position in the world’s population:

You can also look at country-specific stats. As you can see, in the UK there are 85 births every hour, but only 66 deaths. It doesn’t take Columbo to work out which direction the UK’s population is heading in:

If you leave the country field blank, it will inform you that there are 15,347 births every hour globally, but only 6,418 deaths equating to an average yearly growth of 1.162%.

Moldova is the world’s fastest shrinking country by population, with more people dying than being born. But that’s not because of a poor healthcare system, as the BBC notes:

“In richer economies, although death rates are also low, widely-available birth control and a desire for smaller families keep birth rates subdued. Fewer babies ensures populations level off or even decline, like in Moldova”

Conversely, Qatar is the fastest growing country, rising by over 500 people per day:

“In developing nations, where improvements in health care and sanitation are seeing death rates fall, birth rates still remain relatively high. This is leading to rapidly rising populations. In fact, 97 out of every 100 new people on the planet are currently born in developing countries, such as Qatar.”

The global population is expected to reach 10bn by 2083, however the rate of growth is expected to slow. Little of the current growth is happening in developed countries. Also, the average family size globally has declined by half since 1950 – from five children in to 2.5.

Check out the BBC population tool for yourself:  7 billion people and you: What’s your number?