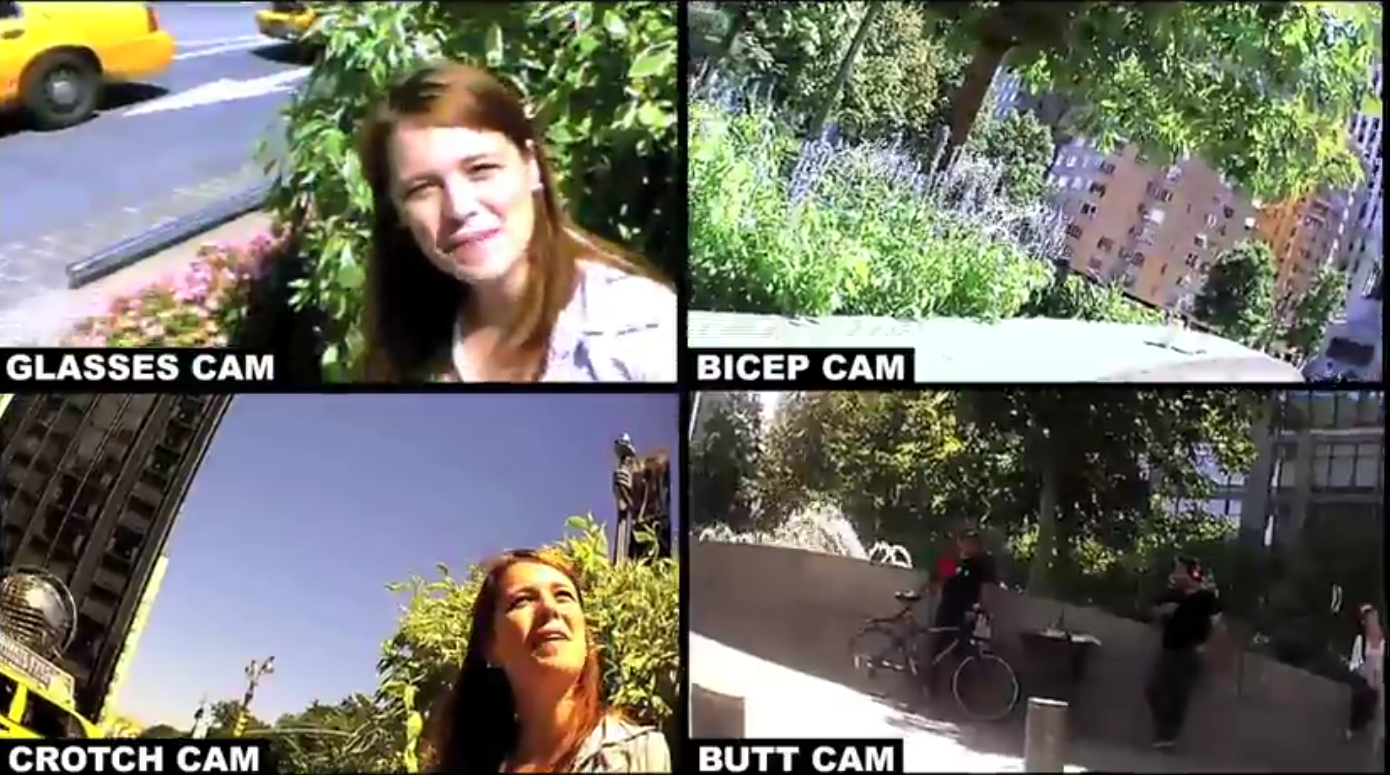 If you like this, check out our Tumblr Tuesday feature.

What do you look at when you first meet a handsome young man? His butt, his eyes, his biceps?

Hearst, the media conglomerate behind Harper’s Bazaar, Cosmopolitan, Esquire, ELLE and O, The Oprah Magazine launched its first iPad only magazine in August called Cosmo For Guys (CFG) with the viral iPad Head Girl video, which garnered over 1 million YouTube hits. For its latest content promotion, Hearst has released a new viral video called “What Girls Look At.” Both videos were made by NYC marketing agency Thinkmodo.

In this video, a handsome young gent named Anthony wants to find out which one of his body parts girls look at when they first meet him. Four hidden cameras are placed on his body to conduct this experiment: a crotch cam, a bicep cam, a butt cam, and a glasses cam (so the viewer can always see what/who Anthony is looking at). All videos are being recorded onto HD DVRs that are placed in Anthony’s backpack as he wanders New York’s streets asking for directions.

Cosmo just launched its second issue of CFG this month and added a $10,000 sweepstakes to its promo efforts. Everyone who downloads the free app with bonus CFG content is entered to win $10,000.