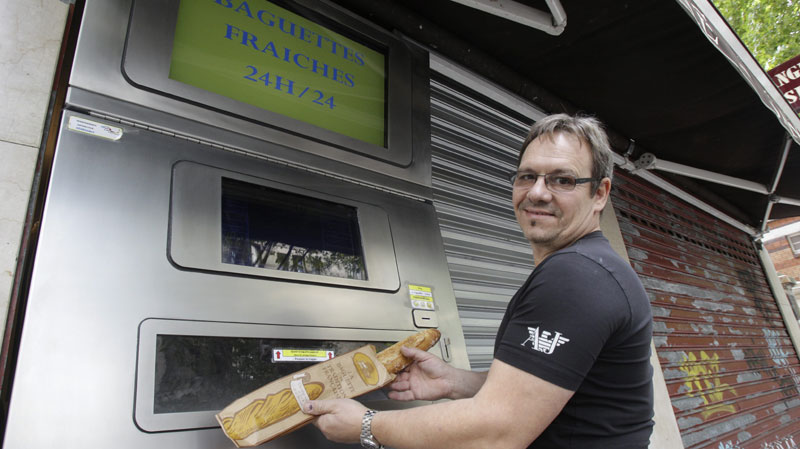 It seems that the traditional French boulangerie has had a 21st century makeover if this contraption is anything to go by.

Jean-Louise Hecht, owner of numerous bakeries around Paris and Hombourg-Haut, decided that embracing the cultural shift in France was a far better idea than clinging to tradition with his fingertips. So he developed a vending machine that turns precooked bread into fresh baguettes.

His dispenser sold 1,600 baguettes in its opening month in January. This jumped to over 4,500 in July, which is a staggering 150 automated baguette transactions a day.

Naturally, many will fear that the popularity of this machine will herald the end of traditional French bakeries. But Hecht told the Associated Press: “This is the bakery of tomorrow. If other bakers don’t want to enter the niche, they’re going to get decimated.”

See how the machine works for yourself here…

Read next: Channel 4 iPad app concept points to the future of TV apps