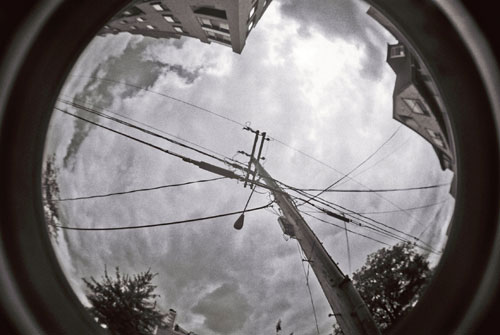 Did you know we received the word robot from the Czech word “robotnik” meaning slave? The word is fitting for the machines we’ve asked to endlessly compute algorithms for us and clean our floors. But exactly what a robot is has evolved from the days when robots were largely factory drudges. These days, robots can be as cute as pets, as efficient as a nurse or frightening enough to raise ethical questions. There are telepresence robots that we can send to work for us, humanoid robots that send us chillingly into the uncanny valley and of course, beer serving robots who are our friends in our laziest times.

Check out our list of 10 robots that rocked the robot genome in 2010.

I first reported on Robonaut 2, also called R2 in IEEE Spectrum before he was launched into space in November. R2 is currently at the International Space Station, where he is working alongside humans as a robotic helper. He can operate both autonomously or via remote control in a “joysticked” fashion directly from Earth, although there’s a delay of several seconds for commands to reach the space station. “It’s the first time ever in the history of the planet that we’ve decided to launch a humanoid robot into space,” Nic Radford, the Robonaut deputy project manager said to me. “It’s been an amazing experience.” R2 is certainly one giant leap for robotkind. You can follow Robonaut’s progress in space on Twitter here.

One day, the roboticists at Willow Garage were thirsty, so they decided to teach their quick-learning PR2 robot a few tricks. PR2 already knew how to fold laundry and play pool but now it is much more useful. When you want a beer, you just have to open a web interface, choose your preferred brew, and click the “Beer Me” button. The PR2 opens the refrigerator, scans its contents using image recognition software and retrieves a bottle of the correct kind, then brings it back to you. It can open the bottle as well. I want one (right now). Watch a video of it in action here. Anybot QB weighs 35 pounds and is 5 feet tall. It runs on eight hours of battery life (perfect for an average work day), supports 802.11g Wi-Fi, comes with a 5-megapixel video camera and zooms around at a top speed of 3.5 miles per hour. A 320 x 240 LCD screen on the bot offers videos, photos and acts as a control panel. The robot can be controlled through a web browser with the up and down controls on a computer keyboard. Unfortunately it does not have bobble head action. Anybots, based in Mountainview, California, and led by Trevor Blackwell from YCombinator and Bob Christopher, formerly CEO of UGOBE/Pleo, is currently accepting pre-orders for a whopping $15,000.

In Spain, Santander Banking Group’s new visitor’s center features sexy, Ferrari-red, knee-high wheeling robots for assistance. As visitors enter the building, they are greeted by SiGa robots, which stands for The Santander Interactive Guest Assistants and means “follow” in Spanish. The robotic butlers can process multiple languages, conversations, directions and take visitors wherever they need to go—while playing ambient music. The autonomous bots, which look like light cycles from Tron as they move, use RF tags, gyroscopes, and odometers to situate and 16 sonar sensors to locate objects and sense their human guest while they move. They can run for 6 hours on their battery and know how to recharge themselves when drained.

Watch a video featuring Santander Group’s financial complex, located on the outskirts of Madrid and the bots here.

Athlete is a humanoid robot, that I wrote about earlier this month, with a pair of prosthetic blades and fourteen artificial, pneumatic-powered muscles. This running robot may one day outrun us all. The bot is the pet project of  Japanese researcher Ryuma Niiyama, who is currently working on his post-doctorate at MIT. According to ieee Spectrum writer Erico Guizzo, each leg has seven sets of artificial muscles, each with one to six pneumatic actuators that correspond to muscles in the human body such as the gluteus maximus, adductor and hamstring. Currently, Niiyama and his team are trying to get Athlete to run farther than three steps (at 1.2 meters/sec) before collapsing, which is its current best effort.

Check out a few details behind the tech here:

SADbot, or the Seasonally Affected Drawing Robot, is a solar-powered, interactive drawing machine created by Eyebeam artists and former ITP students Dustyn Roberts and Ben Leduc-Mills. In the photo above, two women pause to see a pen doodling across a canvas behind a window. When they touch little circles on the glass, the pen changes direction. SADbot uses an Arduino microcontroller, four photocell sensors, a battery, and two stepper motors to control two cables attached to a pen. The electronics gets power from solar panels on the building’s roof. But light not only powers the installation — it also affects SADbot’s behavior. Because it is solar powered, at night SADbot stops doodling and “goes to sleep.” But when the sun is out, SADbot lets people interact with it and doodles across a large canvas. “People are only happy when it’s sunny,” says Roberts. “Just like our robot.” SADbot was displayed this summer at New York City’s Eyebeam studio, an artist’s hub dedicated to the convergence of art and technology. SADbot raised $1,175 of its $1,000 goal on Kickstarter and also made our recent list of this year’s coolest projects on Kickstarter. Roberts, who also teaches at NYU’s ITP school included SADbot in her recently published book, titled Making Things Move. Gamma Two, is a Denver, Colorado based robotics company run by husband and wife team Jim and Louise Gunderson. The cabinet-shaped machines named Wilma and Basil respond to voice command to deliver drinks and snacks and even host a monthly event at the couple’s home. The Gundersons have ambitious plans for the bots and believe that people who need a nurse’s aide or butler could use bots like Wilma and Basil instead. The greatest thing about these bots is that they were made by an incredibly intelligent and well-educated husband and wife team in Colorado, as opposed to a government funded organization or University science lab, proving that we’ve come a long way as a society in the field of robotics.

The Nao Robot by Aldebaran Robotics, is an amazingly advanced bot that boasts cognitive skills, a high level of motion with 25 degrees of freedom and its programmable. While currently only available to academic institutions, it’s rumored that a consumer model is planned for 2011. Check out the bots dancing to Bolero here at the 2010 Shanghai Expo.

Another speedy bot is Cornell’s Ranger Robot, which broke a new walking record this year.  The unofficial record was set this July when Ranger walked around Cornell’s track 108.5 times for a total of 14.3 miles in 10 hours and 40 minutes. Ranger, a four legged bi-pedal robot, uses gravity and momentum to walk, swinging his legs forward and back much like a human on crutches.

Watch a video of Ranger at Cornell here.

Three days ago, FastCompany reported that an Israeli company has created small robots for spinal surgery that appear to reduce pain and complication risk for patients. By using SpineAssist’s tiny robots for surgery, we are able to cut the risk of infection and reduce hospital stay time. The bots could truly revolutionize spinal surgery, particularly in how it helps surgeons avoid making deep incisions while repairing the spine. They are currently in use in the United States, Germany, Russia, Israel, South Korea and several other countries.

Hope you enjoyed the robots! Let me know any other cool robots that you loved this year and Happy New Year’s Eve everyone!