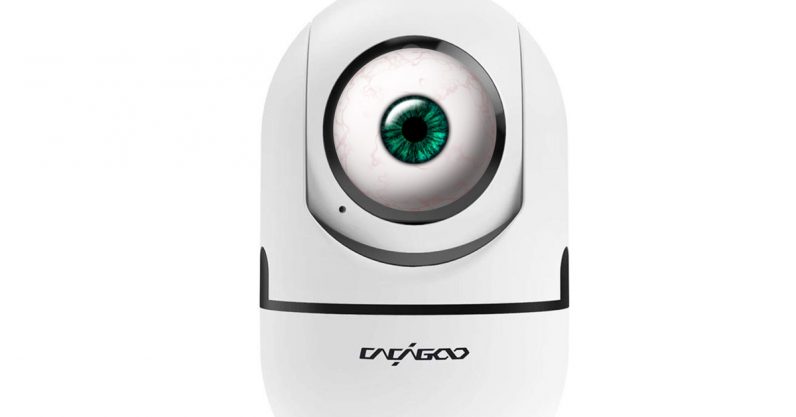 In case you needed a reason not to buy an internet-connected camera to guard your fortress: Yet another smart camera contained severe vulnerabilities that made it possible for hackers to hijack your device and spy on you in the privacy of your home.

Researchers from antivirus firm Avira are warning that kinks in one of Cacagoo’s IP cameras (TV-288ZD-2MP) suffers from weak authentication protocols. The flaw not only exposes footage recorded by the device, but also makes it possible to infect the gadget with malware that scans your smart home network for other vulnerable systems.

That’s not all. “During our network behavioural analysis of both devices, we observed suspicious behaviour,” the security professionals said. “It is noted that the app is trying to connect to a random Chinese domain. […] The info is being leaked through the app, which is suspicious and can be considered as a security flaw.”

Just yesterday, researchers from Bitdefender revealed they had detected gaping security holes in a popular brand of baby monitors. The bugs made it possible to for attackers to creep on toddlers.

It’s not clear whether the shortcoming in Cacagoo’s cameras has been patched, but we’ve reached out to Avira for a clarification. In the meantime, the researchers have provided some tips on how to mitigate risks of breach. For more details, head to this page.

Read next: Why were the NBA and Walmart using Clearview AI?