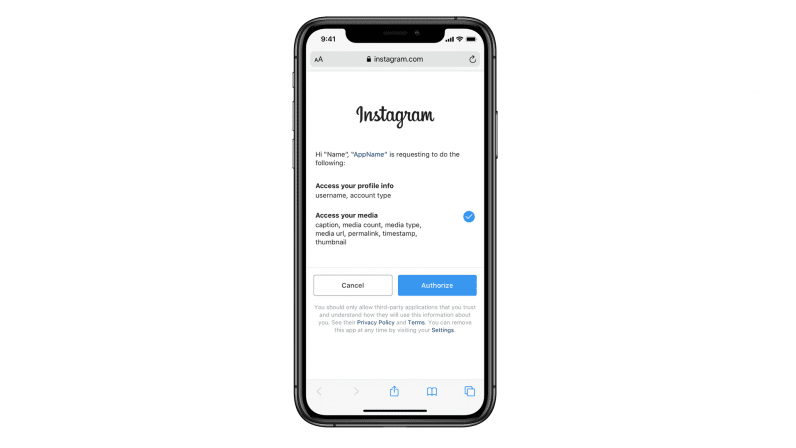 Close on the heels of making it easy for users to spot phishing scams, Instagram is tightening its grip over third-party access to user data.

The Facebook-owned photo-sharing social network is now adding a new feature that allows individuals to “manage all of the third-party services they connect to their Instagram account.”

The option can be accessed by heading to Settings > Security > Apps and Websites.

In addition to providing a handy list of all websites which have access to your Instagram information, it’s adding a new authorization screen that asks for your explicit consent before sharing your data with a specific third-party app.

The new privacy controls are expected to be a gradual rollout, and may take as long as six months to become available to everyone.

Third-party app access has been a thorny privacy issue in the aftermath of Facebook‘s Cambridge Analytica data scandal, prompting the Menlo Park tech giant to suspend “tens of thousands” of apps as part of an ongoing “App Developer Investigation” into improper data use.

Google, likewise, has been conducting a “root-and-branch review” of third-party developer access to user data across services like Chrome, Gmail, Drive, and other services after it discovered a serious security flaw that led to the demise of Google+.

Instagram, for its part, hasn’t been idle either. Weeks after the Facebook data fiasco, it clamped down on developer access to its API, limiting the number of API calls from 5,000 to 200 calls per user per hour.

It has taken a major data disaster for the big tech to belatedly acknowledge the need for securing sensitive data from abuse by rogue third-parties. But if that makes the way for better privacy and security controls, so be it.

Read next: League of Legends studio Riot Games is making an FPS