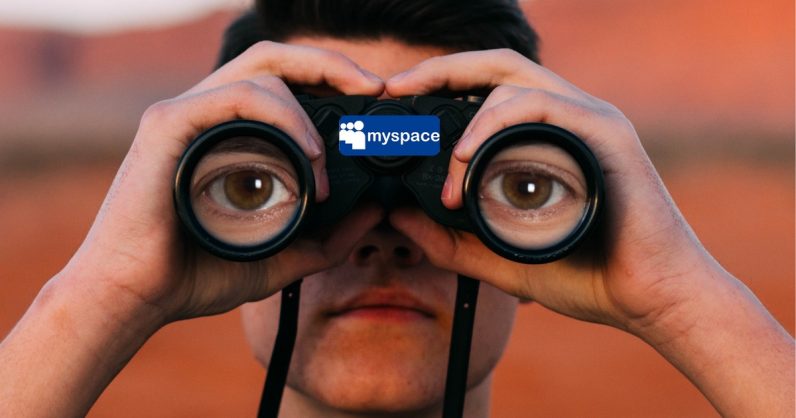 Long before Facebook, Twitter, and Instagram ruled the social media world, there was Myspace. One of the earliest social networks crossed the mark of 100 million users in 2006. However, a report published by Vice today suggests that its employees used a specific tool to spy on its users.

The report notes that employees used the tool named ‘Overlord’ (apt, evil name), to look at users’ passwords and messages. While ‘Overlord’ was designed to moderate the platform, and cater to data requests from authorities, some employees used it to snoop on people without their knowledge.

Sources told Vice that the tool was easy to use and some people took advantage of it to sneakily check on their ex-partners.

Hemanshu Nigam, Myspace’s Chief Security Officer from 2006 to 2010, told Vice that every company has such a tool to comply with law enforcement requests:

Every company has it. Whether it’s for dealing with abuse, or responding to law enforcement or civil requests, or for managing a user’s account because they’re raising some type of issue with it.

Nigam added that he introduced stricter security and data protection policies after he joined the company. Plus, he pointed out that there were strict access policies, training programs on usage, and managerial monitoring to ensure fair usage. And any employee who violated these policies was fired without warning.

The company’s spokesperson told the publication that the tool still exists, but its access is extremely limited and logged. They said it enables Myspace to protect users “from security and cyberbullying threats.”

This goes to show that way before reports of companies like Facebook and Google came to surface, snooping was a norm. We might not know if the popular websites of yesteryear kept a secret tab on its users.

The entire feature on Vice is worth a read, check it out for more on how Myspace abused the tool to sniff out user data.

Read next: 4 cool things you can do with the iOS calculator