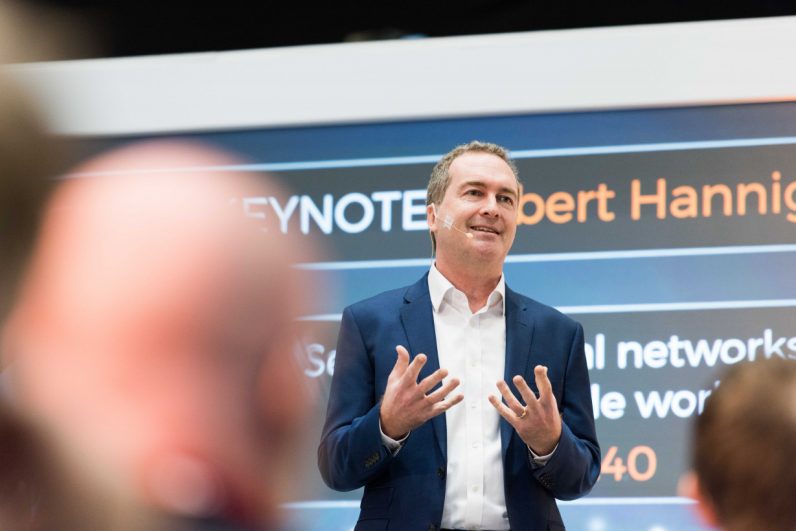 Not much is known about the inner workings of GCHQ — the Government Communications Headquarters, which is Britain’s version of America’s NSA spy agency. Due to the sensitive nature of its ‘business,’ it has deliberately shrouded its work under an inpenetrable cloak of secrecy.

An opportunity to meet the organization’s former director, Robert Hannigan — at the IP Expo Manchester security conference — afforded me the chance to lift that shroud a little, and ask about GCHQ’s internal culture.

Hannigan ran GCHQ between 2014 and 2017, and according to him, daily life there isn’t too far removed from many tech startups.

Let’s talk about dress code. Given that GCHQ is a government agency, you’d figure that this aspect of daily life would mirror other government departments: by that, I mean everyone would be wearing ‘business formal.’ Suits and ties. That sort of thing.

Pointing to my jeans and T-shirt, he added “People dress like you are — you know, not in suits. They’d feel very comfortable at an event like this.”

Hannigan said that this young culture was “helped” by the architecture of its Cheltenham headquarters. GCHQ occupies a doughnut-shaped building on the outskirts of the city, which bears more than a passing resemblance to Apple’s newest headquarters, even though it was built nearly fifteen years previously.

Inside, this bears some resemblance to some of Silicon Valley’s glimmering office buildings. “Everything’s open plan,” Hannigan said. “It’s got an open courtyard in the middle where people can get coffee. It feels more like a tech company than anything.”

“Young people walk in, and aside from the fact that they’ve got to leave their phones at the door, they like the fact that there’s coffee places — there’s a Starbucks and a Costa. They like the openness of it. Even though it’s a bit overcrowded — and that’s why we’re opening a new office in Manchester — it’s a nice working environment.”

This young vibe is weirdly reflected in the newspaper choices of those that work there. According to Hannigan, The Guardian is the most popular daily amongst GCHQ’s workers.

That’s a little surprising when you consider that The Guardian was the newspaper that introduced Edward Snowden to the world, and is the most easily the most liberal-leaning paper of the newsstands.

GCHQ is an organization that’s desperately thirsty for talent, and is expanding massively. Its Manchester office, which is scheduled to open next year, is expected to add “hundreds of new jobs” to the area.

Given that it’ll have to compete with the Manchester’s tech firms — many of which have aped Silicon Valley’s working culture as a recruitment strategy — it makes sense that it’ll follow suit.

Read next: How Google's Waze crowdsourced traffic data to save lives across Europe