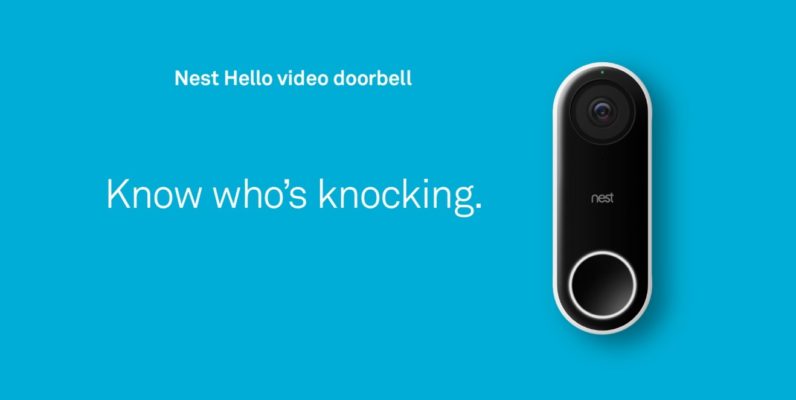 Yesterday, Nest laid out a series of new smart home products at a launch event. Here are the best of the bunch in this new line of goods for the protective and territorial.

The first of Nest’s new products was the IQ Outdoor camera. These cameras use facial recognition, tracking, and loud speakers. During the event, Nest executives claimed the cameras were tamper-proof and wouldn’t go offline.

The IQ Outdoor comes with infrared night vision, and is waterproof — what you’d expect from an outdoor camera. The cameras also record videos and save them in the cloud for 30 days, in case you want to share them to social media via Nest Aware. They’re available for pre-order, though a single one costs $349.

This button with a built-in camera will let you see anyone near your front door. When someone rings your doorbell, or even stands in the vicinity, you’ll get to see their mug in clear HD. Nest didn’t reveal the price, but mentioned it’d be available early next year.

You’ll also be able to respond, either with your own voice through a microphone, or with a pre-recorded response. You can also respond via the Nest app if you’re not around. The promotional video shows the homeowner using it to scare off a shady lurker, but I would hope the other security systems in place would render that unnecessary. Speaking of which…

Nest also debuted a small, home security sensor box with an alarm and key called Nest Guard. The presentation emphasized its convenience over everything else — apparently three-quarters of US households don’t even have security systems, and if you were to believe Nest, that’s due to the inconvenience of using one.

The Guard is a small, tabletop box that works when you swipe a Nest Tag fob over it. It comes with a motion sensor, a “loud” alarm, and connects with the Nest app. Nest doesn’t say if the alarm is restricted solely to the box — which would be unhelpful if you have a large house — or if any devices connected to the Guard also go off. It’s currently available for pre-order, with a starter set of Guard, two Tags, and two Detect motion sensors going for $499.

Nest’s new products look like fairly standard smart home fare, but they are pretty flashy, I’ll give them that.