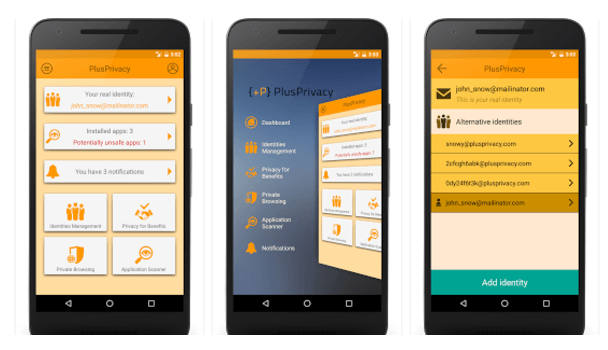 It’s hard protecting your privacy online, especially when throwing it away has been made so easy. Most online services allow logging in with our existing social media accounts — which saves us time and effort — but not without costing us our privacy.

A new open-source service created by the OPERANDO project will attempt remedy this by increasing the power users have over the data they transfer to online service providers.

The service is called PlusPrivacy and offers a unified social networks privacy dashboard where you can manage your privacy settings for Facebook, Twitter, LinkedIn, and others — all in one place. There’s also a “single-click privacy” which automatically sets all your accounts to the most “privacy-friendly values.”

In addition to this, PlusPrivacy has similar dashboard to view data collection of apps and extensions along with an alternative email identities service. These are all incredibly important tools to increase people’s awareness about their presence online, but the most intriguing feature is the “Privacy-for-Benefit.”

“Privacy-for-Benefit” is still being developed but the plan is to create new business models which will allow users to partially trade their private data for “economic benefits” — which could be the first step towards personal data as currency.

TNW reached out to the PlusPrivacy team to ask how they envisaged these kind of data transactions between consumers and businesses. We were kind of hoping the economic benefits might be cold hard cash, but PlusPrivacy’s plans don’t include that at the moment.

“Typically this would be a discount given by service/product provider,” said Zeev Pritzker from Arteevo Technologies Ltd., one of the partners in the OPERANDO project consortium. “PlusPrivacy will then get a small fee for brokering the deal, that will be paid by product/service provider.”

According to Pritzker, the data that you’d trade with the service providers via PlusPrivacy would be the same that you’re currently giving away every time you log in to services using your Facebook, Twitter or Google account.

“While most users are not aware of it, [logging in with social media accounts] gives a third party access to their social network data. PlusPrivacy will prevent this — reminding the user to log in with email and password instead — while giving the user the option to log in with, say, Facebook and receive an economic benefit in exchange.”

Pritzker emphasizes that the exchange will only happen if people explicitly opt in. The object of PlusPrivacy is to make consumers aware of the data they’re implicitly giving away and help them take control of it.

The service, which is backed by the EU’s Horizon 2020 Program, will be completely free for regular people while online service providers will be offered paid services.

Still in beta, the service is far from perfect at present, but the PlusPrivacy team has been quick to fix any problems that users have pointed out. You can sign up for the open beta here and start taking back your privacy (at least until you can start selling it).

Read next: Want to get people talking about your disgusting food? Fake an iPhone 8 picture