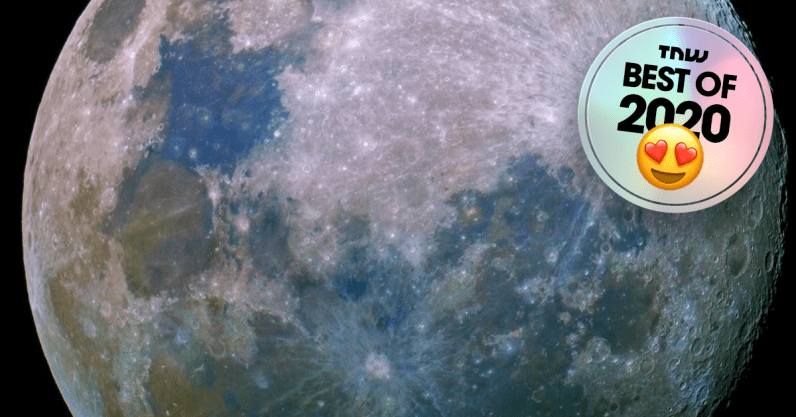 Astronomers from the Catalina Sky Survey yesterday announced they’d found a second natural satellite orbiting the Earth. It looks like our planet and its long-standing partner Luna have decided to explore polyamory.

The newcomer is a small asteroid that was apparently snagged in the Earth‘s orbit where it now exists as a temporary “mini-moon.” Scientists discovered the new moon last week but wanted to confirm that it wasn’t an artificial satellite or random space junk. It may still turn out that the satellite is artificial but all indications so far indicate it’s the real deal.

The Catalina team revealed the information in a tweet featuring an accompanying video showing Earth‘s new follower making its way around us.

According to the astronomers, the Earth‘s new companion has an erratic orbit but there’s little cause for concern: it’s only about the size of compact car.

These events are rare, but this isn’t the first time Earth‘s managed attract another moon. Scientists discovered another one 14 years ago and it’s logical to assume such events have occurred for as long as the Earth‘s been around.

Earth‘s dalliances with other moons are also temporary. Within a matter of months the new moon will break free of the Earth‘s grip and bid us all a fond farewell as it hurtles off into space to continue boldly going wherever asteroids go.

Aside from the cool factor of knowing we’re currently living on a planet with two moons (Martians: you aren’t so special anymore now), the occurrence also represents an opportunity for scientists to study asteroids and how they interact with planet-sized bodies up close.