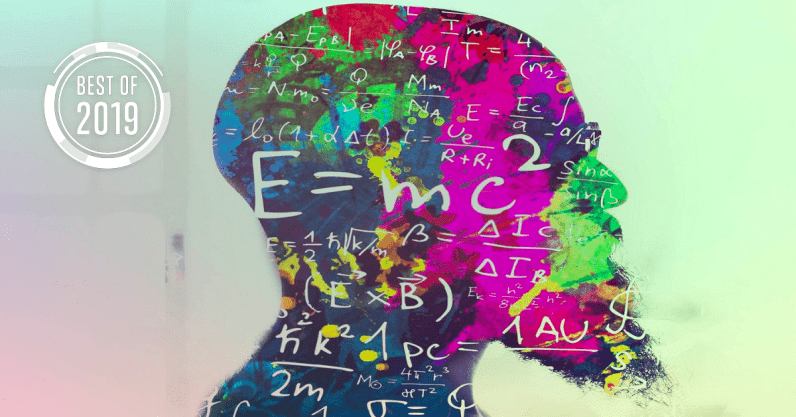 A pair of physicists from Immanuel Kant Baltic Federal University (IKBFU) in Russia recently proposed an entirely new view of the cosmos. Their research takes the wacky idea that we’re living in a computer simulation and mashes it up with the mind-boggling “many worlds” theory to say that, essentially, our entire universe is part of an immeasurably large quantum system spanning “uncountable” multiverses.

When you think about quantum systems, like IBM and Google’s quantum computers, we usually imagine a device that’s designed to work with subatomic particles – qubits – to perform quantum calculations.

These computers may one day perform advanced calculations that classical computers today can’t, but for now they’re useful as a way to research the gap between classical and quantum reality.

Artyam Yurov and Valerian Yurov, the IKBFU researchers behind the aforementioned study, posit that everything in the universe, including the universe itself, should be viewed as a quantum object. This means, to experience “quantum reality” we don’t need to look at subatomic particles or qubits: we’re already there. Everything is quantum!

We present a new outlook on the cosmology, based on the quantum model proposed by Michael and Hall. In continuation of the idea of that model we consider finitely many classical homogeneous and isotropic universes whose evolutions are determined by the standard Einstein–Friedmann equations but that also interact with each other quantum-mechanically.

The paper goes on to mathematically describe how our entire universe is, itself, a quantum object. This means, like a tiny subatomic particle, it exhibits quantum properties that should include superposition. Theoretically, our universe should be able to be in more than one place or state at a time, and that means there simply must be something out there for it to interact with — even if that means it uses jaw-droppingly unintuitive quantum mechanics to interact with itself in multiple states simultaneously.

The problem with expanding quantum mechanics to large objects – like say, a single cell – is that other theoretical quantum features stop making as much sense. In this case “decoherence,” or how quantum objects “collapse” from multiple states into the physical state we see in our classical observations, doesn’t seem to pass muster at the cosmic scale.

Yurov and Yurov have a simple solution for that: They state unequivocally in their work that “There is no such thing as ‘decoherence’.”

According to an article from Sci-Tech Daily, lead author on the paper Artyom Yurov said:

Back in the days I was skeptical about the idea. Because it is known that the bigger an object is the faster it collapses. Even a bacteria collapses extremely fast, and here we are talking about the Universe. But here [Pedro Gonzales Diaz, a late theoretical physician whose work partially inspired this study] asked me: “What the Universe interacts with?” and I answered nothing. There is nothing but the Universe and there is nothing it can interact with.

But, the more Yurov and Yurov explored the “many interacting worlds” (MIW) theory that says all quantum functions manifest physically in alternate realities (the cat is dead on one world, alive on another, and dancing the Cha Cha on another, etc.), the more they realized it not only makes sense, but the math and science seem to work out better if you assume everything, the universe included, has quantum features.

This implies that the reason the quantum phenomena are so fragile has nothing to do with a “collapse of a wave function” (whatever that means) – in fact, such an object as a wave function is inessential and can be completely avoided in the MIW formalism. No, the existence of quantum phenomena relies solely on the mutual positions of the neighbouring “worlds” – when they are sufficiently close, the quantum potential is alive and kicking; when they depart, the quantum potential abates and the particles become effectively classical again.

The researchers then used their assumptions to come up with calculations that expand the “many worlds” theory to encompass multiple universes, or multiverses. The big idea here is that, if the universe is a quantum object it must interact with something and that something is probably other universes.

But what the research doesn’t explain, is why our universe and everything in it would exist as something analogous to a single qubit in a gigantic quantum computer spanning multiple universes simultaneously. If humans aren’t the magical observers who cause the quantum universe to “collapse” into classical reality by measuring it, we might instead be cogs in the machine — maybe the universe is a qubit, maybe we’re the qubits. Perhaps we’re just noise that the universes ignore while they go about their calculations.

Maybe we do live in a computer simulation after all. But instead of being some advanced creature’s favorite NPCs, we’re just bits of math that help the operating system run.

You can read the Yurov duo’s paper “The day the universes interacted: quantum cosmology without a wave function” here on Springer.