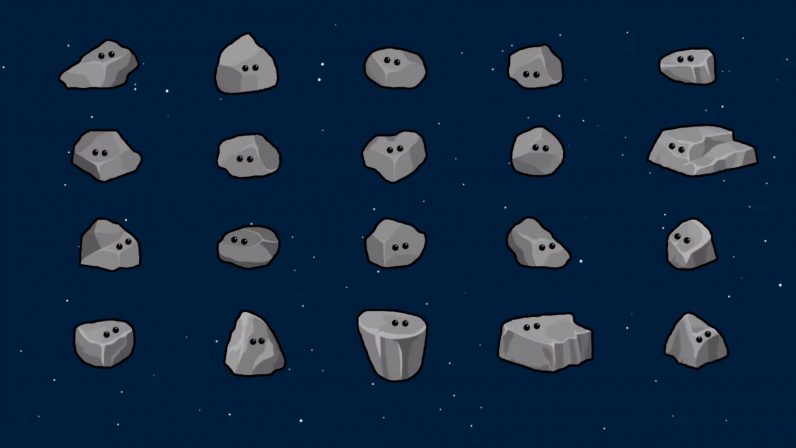 A team of researchers from the Carnegie Institution for Science recently announced the discovery of 20 new planets surrounding Saturn. This moves the ringed planet past Jupiter as the most ‘moonfluential’ denizen of our solar system.

The new moons were discovered using the Subaru telescope in Hawaii. After careful observation, the team determined that the new moons were similar in size and, with the exception of three, orbiting the planet backwards. According to a press release from Carnegie:

Each of the newly discovered moons is about five kilometers, or three miles, in diameter. Seventeen of them orbit the planet backwards, or in a retrograde direction, meaning their movement is opposite of the planet’s rotation around its axis. The other three moons orbit in the prograde—the same direction as Saturn rotates.

In the Solar System’s youth, the Sun was surrounded by a rotating disk of gas and dust from which the planets were born. It is believed that a similar gas-and-dust disk surrounded Saturn during its formation.

The fact that these newly discovered moons were able to continue orbiting Saturn after their parent moons broke apart indicates that these collisions occurred after the planet-formation process was mostly complete and the disks were no longer a factor.

Sheppard was also part of the team that recently discovered 12 new moons orbiting Jupiter. Carnegie held a public contest to name five of those satellites, this time around it’s soliciting entries for all 20 newly discovered moons around Saturn.

You can enter the contest by tweeting your ideas along with relevant images or videos to @SaturnLunacy (details here). But before you get too excited, there are some rules.

The contest is troll-proof. Names must fall into one of three categories based on the particular clusters the new moons were found in. Here are the specifics:

Two of the newly discovered prograde moons fit into a group of outer moons with inclinations of about 46 degrees called the Inuit group. All name submissions for this group must be giants from Inuit mythology.

Seventeen of the newly discovered moons are retrograde moons in the Norse group. All name submissions for this group must be giants from Norse mythology.

One of the newly discovered moons orbits in the prograde direction and has an inclination near 36 degrees, which is similar to those in the Gallic group, although it is much farther away from Saturn than any other prograde moons. It must be named after a giant from Gallic mythology.

You’ll have to brush up on your mythology if you want your entry to become a part of the ever-expanding cosmic pantheon. But we all know one of those moons would be named Moony McMoonface if write-in entries were allowed.

If you discovered a moon, what would you name it? Here’s what some of TNW’s editorial staff came up with: