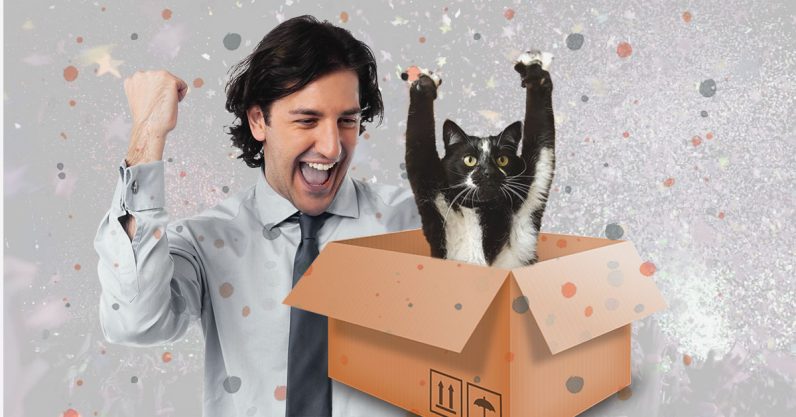 A team of Yale researchers just blew the lid off one of quantum computing’s biggest problems: the unpredictability of qubits.

In what’s being dubbed “a beautiful experiment,” the team discovered how to catch an artificial atom in mid “quantum jump,” and interfere with its outcome. Schrodinger’s cat lives!

With regards to Bohr and Schrodinger

What makes quantum computers special is their qubits. Where computer bits are switches that indicate either ones or zeros, qubits exist in more than one state at a time until observed. This is called superposition and, at its most basic, means we have more options for outcomes in the quantum computing world. But, unfortunately, the moment the qubit actually changes from indeterminable to whatever it’s going to end up being when it’s observed – called a quantum jump – was previously thought to be instantaneous and random.

The Yale scientists, with partial funding from the US Army, set out to figure out if there was any way to come up with a sort of early-warning system for quantum jumps. Not only did they succeed, but they even managed to reverse the jumps and stop unwanted outcomes.

According to their research paper, recently published in Nature, this turns a century of quantum mechanics research on its head:

The experimental results demonstrate that the evolution of each completed jump is continuous, coherent and deterministic. We exploit these features, using real-time monitoring and feedback, to catch and reverse quantum jumps mid-flight—thus deterministically preventing their completion.

This represents the first time scientists have delved inside the mechanics of a quantum jump. A century after one of the most prominent physicists in history, Niels Bohr, hypothesized that such jumps were random and abrupt, he’s been shown wrong.

Fast forward a couple of decades after Bohr published his theory, and we arrive at Erwin Schrodinger’s famous “Schrodinger’s Cat” thought-experiment.

The basic gist: there’s a cat occluded from observation inside a box with a radioactive atom. If the atom decays, a hammer strikes a flask of poison and the cat dies. If we assume there’s an equal probability the cat will be dead or alive (because the atom’s decaying would require a quantum jump), the only way to determine the truth is through direct observation. We won’t know the cat‘s state until we open the box.

It’s the same with qubits. Superposition means they exist in more than one quantum state at the same time, with equal probability, until the mere act of observation causes them to collapse. It works a bit like a spinning coin that finally stops on either heads or tails. While it’s still spinning the odds are always 50/50 barring influence.

The Yale experiment shows that, while it’s still theoretically impossible to predict when a quantum jump will occur over the long term, they can be detected when they’re imminent. And the jumps can be reversed.

This means that when we open the box to check on the cat, we can catch the quantum jump that will decide whether the feline lives or dies and reverse it if we don’t like the outcome we predict. Cue applause.

Our findings … should provide new ground for the exploration of real-time intervention techniques in the control of quantum systems, such as the early detection of error syndromes in quantum error correction.

It’s pretty huge. If what they’re saying pans out – in essence that we’ve theoretically solved quantum computing’s error problem – this could be the breakthrough that directly leads to quantum computers that are actually useful.

Right now quantum computers are far too fuzzy to be useful. Every observation of a qubit requires a quantum leap of faith, as quantum jumps were previously thought to be instant and unpredictable. Imagine playing a game of Whack-A-Mole where the moles appeared and disappeared instantaneously — basically an engineering problem where luck is the only solution.

The Yale team’s research appears to solve that problem. And that’s good for quantum physicists and imaginary cats everywhere.

Read next: Former BitConnect India chief on the run after promoting another crypto-scam