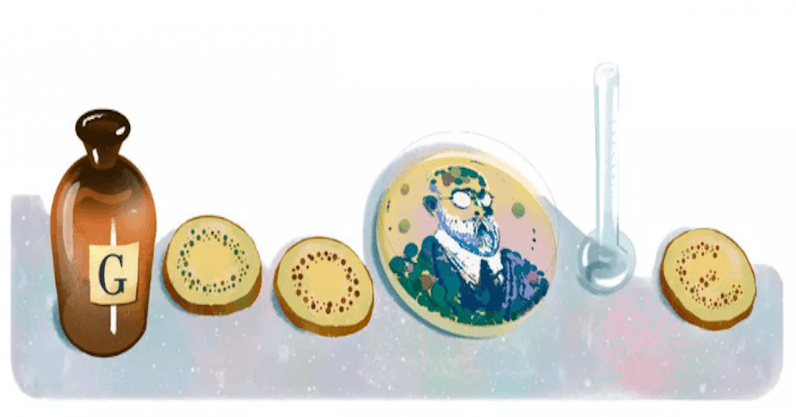 Ever since I read a 2014 WHO report stating that antibiotic-resistant bacteria could kill more people each year than cancer by 2050, I have been looking for signs of hope that we might avoid plummeting towards an apocalyptic nightmare of mass deaths by infection.

There seems to be no signs of the menace slowing down. Even last year, a study conducted in my hometown, the south Indian city of Chennai, found that the bacteria in 46 percent of food samples collected were resistant to colistin – a drug that is used as the last line of defense against otherwise untreatable bacterial infections. In fact, genes offering microbes resistance to antibiotics have been found in some of the most inhospitable places.

There Are 'Superbug' Genes in the Arctic. They Definitely Shouldn't Be There.
The findings underscore just how far and wide antibiotic resistance genes have spread, now reaching some of the most far-flung areas of the planet.https://t.co/bY6nFkEMcH

Fighting these killer microbes would be less of a burden if hospitals, researchers, and public health experts could track the treatment-resistant super-bugs in their neighborhood. For years, they have struggled to do this, but now thanks to a new “Google for bacterial DNA data,” there’s hope.

Here’s how it works: bacteria possess a DNA element called a plasmid which usually carries the genes for resistance to antibiotics. If there’s an outbreak of a treatment resistant pathogen, researchers can use BIGSI to cross reference if and when the super-bug’s plasmid was previously detected in other cases.

Zamin Iqbal, the leader of the research group at EMBL-EBI said the project was motivated by the need to manage infectious diseases, and contain drug-resistance in infectious bacteria. He noted in EMBL-EBI’s press release:

We know that bacteria can become resistant to antibiotics either through mutations or with the help of plasmids. We also know that we can use mutations in bacterial DNA as a historical record of bacterial ancestry. This allows us to infer, to some extent, how bacteria might spread across a hospital ward, a country, or the world. BIGSI helps us study all of these things at massive scale. For the first time, it allows scientists to ask questions such as ‘has this outbreak strain been seen before?’ or ‘has this drug resistance gene spread to a new species?’

While more and more microbial DNA is sequenced each year, there was no practical way to search for this data since it was not indexed in one place. The main problem has been with how we shared resources and crowdsourced data. Speaking about the hurdle, Allison Lopatkin, a Postdoctoral Scholar at MIT’s Collins Lab studying antibiotic resistance, said:

In the world of antibiotic resistance, there is so much data, and it is difficult to obtain accurate estimates of specific genomic-level data on the global scale. I think BIGSI introduces a powerful framework that, if people are willing to convert to its usage, would be extremely beneficial for connecting information across many different environments.

Until now, if a doctor suspected a patient’s infection may have been caused by a drug resistant pathogen, the DNA sequence of the infectious agent would be compared against a massive database of genomes to understand what it was – typically taking days days to complete. But with BIGSI, the process can be done in seconds. “The speed of searching is drastically increased, which allows for rapid searching of much larger data sets. Since the solutions currently available are certainly lacking, I think this is a solid advance forward in terms of collating the bacterial sequence analysis space,” Lopatkin added.

BIGSI can be a powerful tool if widely adopted. As more bacterial genomic data is widely generated, a universal framework for consistent storage and analysis would be a huge step forward in making information available to those who don’t have access to the same type of DNA sequencing technology as larger hospitals and research institutes.

As people continue to build tools for analysis and improved data access in this domain, more experts can contribute, and we can identify trends that we were otherwise blind to. Eventually, this will be instrumental in our search for developing antimicrobial intervention strategies that are consistently effective, and hopefully avoid an antibiotic-fallout winter.

Read next: Facebook's totally not listening to you, its new ad disclosure feature screams desperately