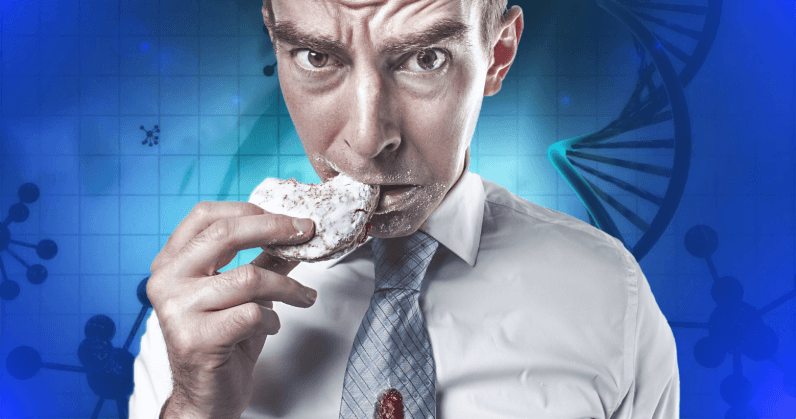 Stanford University, over the course of a year, recruited 223 participants in a fascinating study at the intersection of diet, exercise, and DNA. Researchers sought individuals willing to take DNA tests to educate them of their personalized genetic makeup, and specifically, how it applies to diet and exercise.

It was all fake.

What researchers Brad Turnwald and Alia Crum were actually interested in wasn’t specialized diet plans or exercise routines, but how people reacted to them. So they devised a plan to give participants fake results, random information that was in no way tied to their actual DNA profiles.

For the researchers, the study wasn’t about molding able-bodied individuals through DNA testing, but measuring whether the results of a DNA test patterned not only behavior, but the body itself, at a molecular level.

Or, might there be a placebo effect at play once people learned of their genetic superiority, or inferiority, as it may be?

To analyze the hypothesis, Stanford’s researchers concocted two experiments. They selected two genes: CREB1, which has been linked to aerobic exercise capacity, and FTO, linked to hunger cues. Researchers split the participants in half, evaluating results for one group with the CREB1 gene, and the other with the FTO gene — testing hunger levels in the latter, and aerobic exercise capacity in the former.

The first group of participants, after receiving a random result stating they were more, or less, suited to aerobic exercise, began running on a treadmill. The second group, which received the same randomized results, found out whether they were more, or less, prone to feeling hungry. They were then given a 480 calorie smoothie to drink. Those told they had the inferior version of either gene quit sooner on the treadmill, or reported feeling hungrier earlier after drinking the smoothie.

To confirm, researchers measured oxygen and carbon monoxide levels for those on the treadmill, and administered blood tests for hunger-related hormone levels. The test results confirmed the self-reported results: participants’ bodies were feeling more tired, or hungry, based on the knowledge gleaned before the test. And the change wasn’t due to exercise, or diet, but the belief that each possessed the version of a gene that made them superior, or inferior, at a particular task.

As genetic testing becomes increasingly accessible to consumers, tests like this are vital. While 23AndMe, or others, are subject to Food and Drug Administration regulation, many startups promising custom-tailored diet and exercise plans based on your DNA, so-called “wellness” tests, aren’t. And while you may receive a legitimate plan based on information gleaned from your DNA, there’s little evidence to suggest it matters.

“When it comes to these current genetic tests for fitness and performance, they have almost zero predictive power,” says Claude Bouchard, Ph.D. and director of the human genomics laboratory at Pennington Biomedical Research Center, in an interview with Self. Bouchard wasn’t involved in the Stanford study.

A group of 23 geneticists agree, writing in a consensus statement in the British Journal of Sports Medicine that test results in the fledgling industry hold little value, at least currently.

For participants in this study, it’s likely that the placebo effect was at play. While the fake results couldn’t accurately predict human response, the belief that their genes were a powerful predictor of athletic performance, or of dieting prowess, proved that these tests‘ greatest strength may come in the form of self-fulfilling prophecy.

Read next: 'They clearly don't care': Fact-checkers on the state of misinformation at Facebook