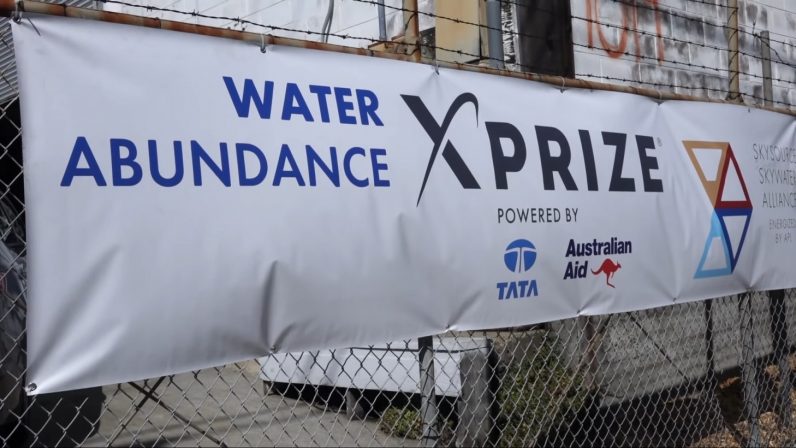 On October 22, the Skysource/Skywater alliance won the ‘Water Abundance Xprize’ and a reward of $1.5 million for its device that could extract water from atmospheric moisture. While some news reports claimed that the device could solve the world’s water crisis, hydrologists and water conservationists caution that this isn’t a silver bullet solution.

Congratulations to @skysourcewater, Grand Prize Winner of the $1.75M Water Abundance XPRIZE powered by @TataCompanies and @dfat_iXc! Their technology successfully extracted over 2,000 liters of water from the air using 100% renewable energy. pic.twitter.com/Miz0yJcV49

The atmospheric water generator that won the first place is called Wood to Energy Deployed Water – or WEDEW, and is a system that converts humidity in the air into drinking water using wood and other organic sources for power. It collects at least 2000 liters of water per day at an operating cost of less than 2 cents per liter.

While creating water out of thin air seems too good to be true, the mechanism is quite simple.

How to make it rain in a box

Air-to-water conversion devices are basically dew collectors, and work in a way similar to how droplets condense on the bottles of cold beverages. They use energy to maintain a temperature called the dew point at which such condensation of water vapor can take place. However the technology needs some improvement to make it viable for commercial sales to many developing parts of the world.

All finalists in the event made similar devices that converted water vapor into potable water, differing in the amount of water collected, and the renewable energy source they utilized. These devices work thanks to the huge reservoir of untapped water vapor in the atmosphere. As Swapnil Shrivastav, CEO of Uravu – one of the five finalists in the event – explained about the concept behind the technology:

The Earth’s atmosphere contains around ten times the amount of water present in all of the Earth’s rivers put together, 12 quadrillion liters if a number is put to it. In addition to this abundant quantity, it is replenished every 7 to 8 days by the natural water cycle of evaporation and condensation.

While some reports claimed that atmospheric water generators could potentially solve the global water crisis, the devices are efficient solutions to water scarcity only in certain places, under certain conditions.

One important parameter for these devices to function is relative humidity (RH) which is the fraction of moisture present in the atmosphere to the total amount of moisture it can hold. The importance of RH is acknowledged even by Skywater which notes in its FAQ webpage:

The ideal relative humidity is between 40% to 100% and temperature between 65F to 105F. The volume of water is based upon 80F and 80% RH. Anything more will yield additional water production and anything less will also reduce less water than the benchmark.

Even Shrivastav noted while speaking to TNW that the cost of operation still needs to go down for these devices to be commercially viable in many rural arid regions of the world. He added that while air-water conversion technology currently produced water at operating costs of 1.4 to 2.1 cents per liter (1-1.5 Rs per liter), desalination – the process of removing excess salt and minerals from ocean water – could produce the same quantity at much lower operating costs (5-15 paise per liter) without considering the cost of infrastructure and other externalities.

While in landlocked areas, the portable and modular nature of the atmospheric water generators seems more helpful than water from desalination, there could be cheaper alternatives even in these places if water was available and only needed purification.

The air to water converters require 150-170 KWh of energy to produce 1000 liters of water (7-10 KWh running for a whole day), while in these same areas Reverse Osmosis (RO) filtration can do the same at 3-10 KWh.

Not a silver bullet solution

The idea of using atmospheric water generators to solve the global water crisis was also challenged by Kimberly Duong, a researcher on urban drought management in UC Irvine. Duong added that there is no one-size-fit-all approach to solving water scarcity. Speaking to TNW she said:

I do think that this technology could work in specific regions and contexts, such as rural areas with relatively humid weather, low population density, plenty of sunshine, institutional support, and few other alternatives for water supply or water conservation. I don’t think that this technology works for densely populated arid urban regions with high water demand, high electricity demand, complicated bureaucracy, and very little available land.

I think for the latter case (densely populated urban regions), water conservation and improved water efficiency is low-hanging fruit that is already available, can be implemented in a way that matches the community’s context, and is sustainable.

While new technology to combat water scarcity is definitely welcome, air-water conversion devices are not a magic bullet but one solution in a list of different ones that are getting us closer to an overall solution.