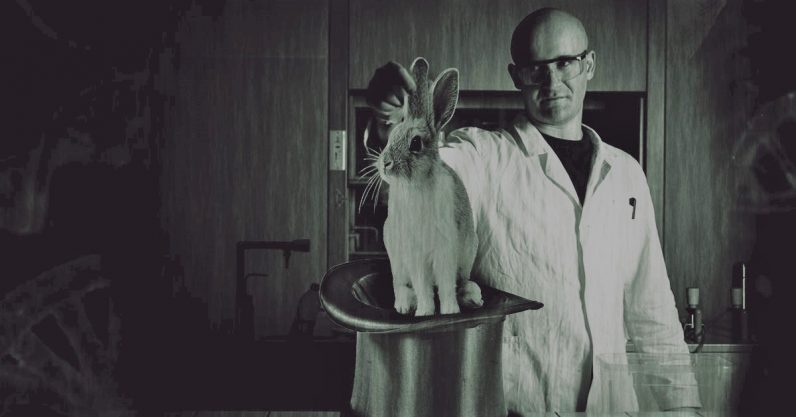 A team of scientists may have observed a quantum physics phenomena called entanglement occur within a living organism. Then again, maybe they didn’t. That’s quantum physics for you.

Researchers from Oxford published a study earlier this month detailing their examination of an experiment conducted in 2016 by physicist David Cole and other researchers at the University of Sheffield.

The original experiment sought to find out if quantum phenomena existed in living organisms. We know that photons, particles of light, can “teleport” information when two particles become “entangled,” whatever happens to one also happens to the other.

Scientists theorize these quantum mechanics can occur in living organisms, but such phenomena hasn’t been observed. At least it hadn’t been observed prior to the experiment at Sheffield.

You can learn about quantum entanglement and superposition in our primer here.

Cole, et al., squeezed a bunch of bacteria between special mirrors and then beamed them with photons. According to their research, this resulted in a curious effect involving some photons both hitting and missing the bacteria simultaneously. If true, this would qualify as quantum phenomena (entanglement) in a living organism.

The Oxford team’s analysis seems to indicate the results are legit. According to a report from Scientific American, quantum physicist Chiara Marletto, who led the Oxford study, said:

Our models show that this phenomenon being recorded is a signature of entanglement between light and certain degrees of freedom inside the bacteria.

Her colleague and fellow author on the study, Tristan Farrow, goes on to explain that this work would be the first to demonstrate, as it’s colloquially referred to, “Schrodinger’s Bacterium.”

The reference, for those who aren’t familiar, is to a famous thought-experiment proposed by notable physicist Erwin Schrodinger in 1935. Called “Schrodinger’s Cat,” it explains quantum entanglement through the depiction of a cat inside of a box that’s both simultaneously alive and dead.

But, rather than worry about not-zombie cats, let’s focus on bacteria.

Green sulfur bacteria, the species Cole’s team used, are one of Earth’s photosynthesis-powered creatures. Like the leaves on a tree, these little organisms soak up light and convert it to energy.

Technically, they flooded the cavity between the mirrors created by the squished bacteria with photons of light. The important bit is that some of the light interacted with some of the bacteria in a way that indicated entanglement had occurred.

It would be huge to prove that quantum phenomena occurs in living organisms. If you believe Earth’s creatures evolved from single-celled organisms, there’s a strong argument to be made that quantum mechanics play an important role in evolution. This would be a watershed moment in quantum physics, physics, science, and our general understanding of the way the natural world actually operates.

Or, at a minimum, it would greatly inform future research and help solve some biological mysteries.

Who’s to say whether Cole’s team actually accomplished quantum phenomena in a living creature though? The supposed proof is in the observation that particles displayed quantum superposition within a bacteria, but there’s no universal consensus on what precisely indicates quantum activity.

Scientific American’s Jonathan O’Callaghan points out that the Oxford team admits the results of the work could be explained with classical physics rules. But he also mentions that photons clearly don’t follow those rules.

The line between classical and quantum physics has always been pushed by rebellious scientists, such as Einstein and Hawking — and guarded by others. But, whether or not such a line actually exists is the question at hand.

You can read the Oxford team’s study here.

Read next: Google's USB-C Pixel Buds are kind of a steal at $30