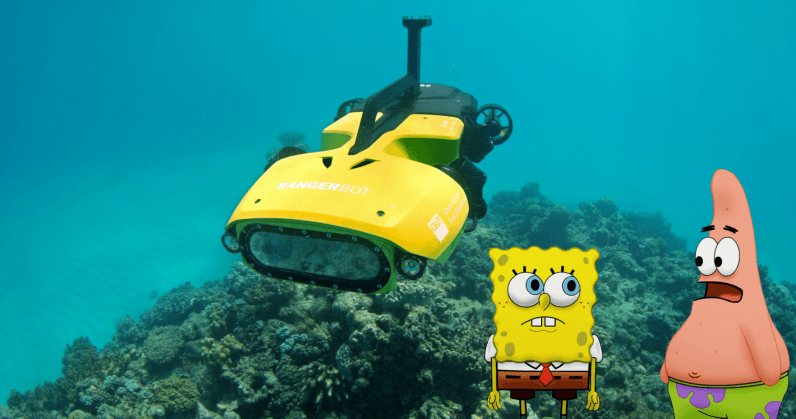 Australia‘s Great Barrier Reef is dying. Decades of human intervention have left the UNESCO World Heritage site reeling from the consequences of industrialization — water pollution and climate change, chief among them.

But it’s another threat, this one caused by nature but exacerbated by humans, that could prove most imminent: overfishing.

By removing natural predators from the reef, Australia is now experiencing a “bloom” of crown-of-thorns starfish. Without predators, the reef offers an ideal habitat for the gorgeous, and destructive creatures, each of which may reach one meter in size. While a naturally present species, recent years have seen the decline of its primary predator, the giant triton. With the triton gone, the starfish is running amok and wreaking havoc on an already delicate ecosystem.

In 2015, researchers at Queensland University of Technology (QUT) first unveiled a solution, known then as the Crown-Of-Thorns-Starfish robot (COTSbot). After initial testing, the team reported that the autonomous underwater drone was able to identify crown-of-thorns starfish with a staggering 99 percent accuracy. Better still, it was fitted with a tool to inject the species, upon identification, with a chemical mixture that first causes their skin to blister, and then leads to death.

After the success of COTSbot, the team introduced its newest iteration, this time with a much-cooler sounding name: RangerBot. RangerBot is a bit of a utility tool, as it’s able to not only control the starfish populations, but monitor the reef for indicators of overall health, as well as mapping the progress of its decline, or growth.

Each RangerBot can remain submerged for up to eight hours a day, making it an efficient solution to human divers.

“Weighing just 15kg and measuring 75cm, it takes just 15 minutes to learn how to operate RangerBot using a smart tablet,” Professor Matthew Dunabin, lead researcher on the RangerBot team told CNET. “We also spent a lot of time getting the user interface as simple to use as possible so that as many of our stakeholders (from researchers, management authorities and school children) could potentially operate it with a small amount of training.

Currently, the team is looking for other potential use-cases for RangerBot. “Different people have different use cases and we have structured the hardware and software to be changed/upgraded with different vision-based tasks as well as payloads.”

Will it save the reef? No one knows. But, it’s worth reveling, if only for a moment, in tech that solves a problem rather than creates new ones.

Read next: Theranos is shutting down its fraudulent blood testing business