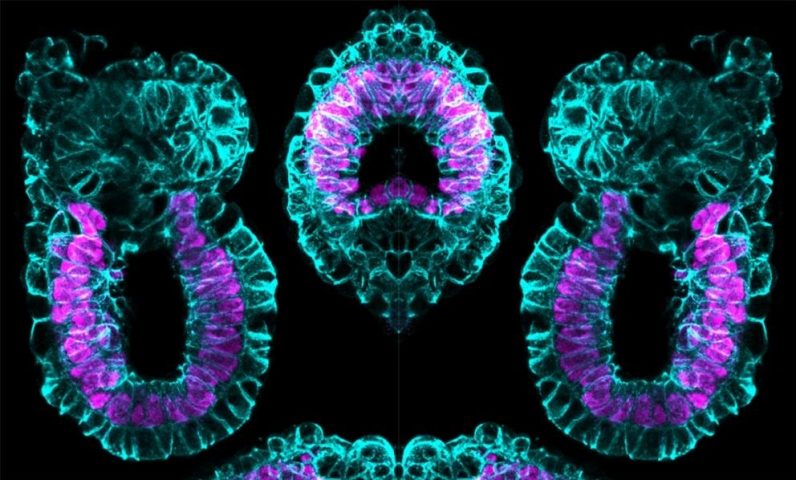 All mammals experience a moment in the early stages of life where they’re nothing more than a handful of cells bouncing around a uterus. Eventually this cell-cluster attaches itself to the womb’s wall and that, folks, is how babies are made – well, it used to be.

A team of researchers from The University of Cambridge published research earlier this week indicating they’d achieved a breakthrough in stem cell research that resulted in the generation of a key life event that’d never been witnessed in an artificial embryo before.

Basically, the scientists put three different types of mouse stem cells, into a dish and coaxed them into simulating a process called gastrulation – one of the very first events that happens during a creature’s embryonic stage indicating it’s going to be alive. It’s probably not accurate to say they created life, but what they’ve done is a snapshot of something that looks a lot like what happens when life is created.

In a way, the team made the building blocks for something that could potentially become a mouse, out of three stem cells. It’s a bit difficult to wrap your head around without thinking about words like “life” or “alive,” especially since it looks like that’s where this work is headed.

Our artificial embryos underwent the most important event in life in the culture dish. They are now extremely close to real embryos. To develop further, they would have to implant into the body of the mother or an artificial placenta.

Obviously, the goal of this research isn’t to create mice on demand. It’s lofty purpose, according to the scientists, is to gain insights into early life development. And that could lead to a giant leap in our understanding of what happens during the period in a woman’s pregnancy where the risk of miscarriage is highest.

Professor Zernicka-Goetz believes it’s possible to scale these efforts from mice to men:

We can also now try to apply this to the equivalent human stem cell types and so study the very earliest events in human embryo development without actually having to use natural human embryos.

The early stages of embryo development are when a large proportion of pregnancies are lost and yet it is a stage that we know very little about. Now we have a way of simulating embryonic development in the culture dish, so it should be possible to understand exactly what is going on during this remarkable period in an embryo’s life, and why sometimes this process fails.

From a purely scientific point of view the work is amazing. It could open nature’s black box and reveal the heretofore unknown mysteries surrounding the earliest moments in human development. But, it does raise some ethical questions, doesn’t it?

Chief among the ethical considerations raised might not be whether it’s possible to create a mouse from scratch – but if we can, should we?

What if the development of artificial human fetuses leads to the eradication of miscarriages, or even the end of childhood developmental disorders and juvenile disease?

But, what’s the difference between an artificial fetus that’s more than 14 days old – the legal laboratory testing limit in the UK, according to the researchers – and a fetus that’s been developed from a frozen sperm and egg combo?

Let us know what you think in the comments section.

Read next: Break down the silos between mobile site and app teams to optimize the digital customer journey