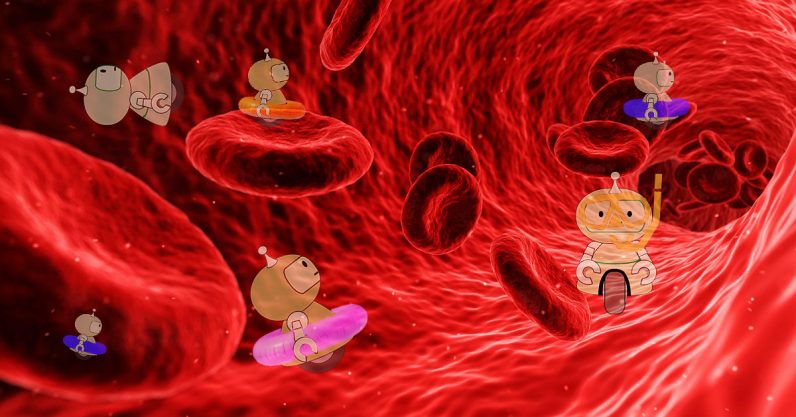 A team of scientists from the University of California at San Diego recently developed nanorobots to destroy bacteria and detoxify blood.

The broad strokes: The nanorobots, which are made out of gold, are 25 times thinner than a human hair. They move in response to ultrasound stimulation, which means they require no fuel.

The impact: This is, possibly, the very early stages of a revolution in the field of robotics and medicine. Today we fight bacteria with the medical equivalent of cluster bombs. A robotics platform for blood cleansing is like sending a team of ninjas – robot ninjas.

According to the researchers, as stated in their white paper, this is only the beginning:

The nanorobots resulted in a dynamic robotic system for efficient isolation and simultaneous removal of different biological threats, an important step toward the creation of a broad-spectrum detoxification robotic platform.

What’s next: Before we all end up hosting thousands of machines in our blood streams the technology will require extensive testing. Thus far, the nanarobots have only been tested in laboratory blood samples.

The researchers intend to introduce animal trials at some point in the future, with the ultimate goal being approval for human trials as the tech advances.