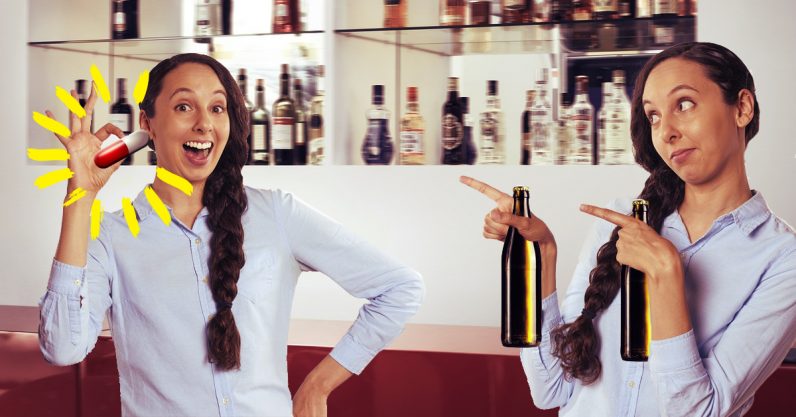 A team of researchers from universities in California and China is developing a pair of pills that break down alcohol in a person’s bloodstream. In a recently published white paper the group successfully demonstrated that it’s possible to speed up the sobriety process by aiding the liver in processing ethanol.

How it works: The antidote is delivered in the form of two separate nanocapsules. The first delivers a pair of enzymes that convert alcohol into acetaldehyde, and the second contains an enzyme that converts acetaldehyde into acetate. This is basically how the body processes booze (ethanol) anyway — the pills just speed the process up.

In a laboratory test the scientists got a couple mice drunk and only gave the nanocapsules to one of them. Four hours later, the mouse which received the drugs had nearly half the blood alcohol level of the one that didn’t.

What it means: First off, it doesn’t mean we’ll soon live in a magical land of consequence-free drinking. For the most part this looks like something that’d be administered by first-responders and emergency room physicians.

In essence, a person who willfully takes this medicine is choosing to skip all the fun and euphoria that comes with being drunk in exchange for the impending hangover. Which may even be worse than a normal hangover thanks to the rapid breakdown of alcohol into acetaldehyde and acetate, which is how hangovers are born.

But, more importantly, this could save a lot of lives. Six people die every day of alcohol poisoning and, until now, there’s never been an antidote. Clinical trials await, and there’s no reason to believe this could hit market any time soon, but the work has begun and that’s exciting.

Read next: Roger Ver's Bitcoin.com no longer labels BCH as the real Bitcoin