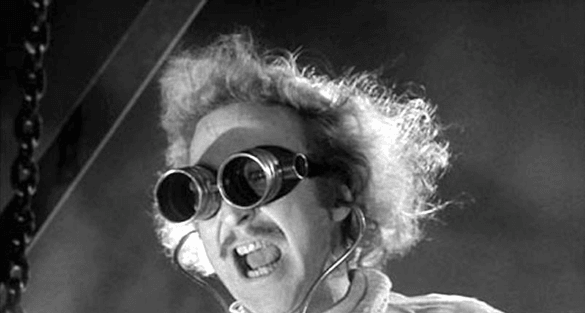 Science lovers of the world are getting a fabulous dose of social media this week as #MyOneScienceTweet trends on Twitter.

Thanks to the magic and wizardry of the internet, scientists are able to somehow send us messages by displaying colors and words on our screens — and we get to learn a few things in the process.

PhD candidate Dalton Ludwick last Thursday asked scientists in the Twitter community to weigh in with tweets describing what they did for a living.

If you could have the entire world know just one thing about your field of study, then what would it be? #MyOneScienceTweet

Things took a delightful turn when, rather than simply trying to condense their respective fields down to a tweet-able statement, hundreds took to the platform to report the one science-related thing they want people to know.

The resulting statements paint a beautiful menagerie of knowledge and wisdom, and shine a light on what scientists – and science enthusiasts – think about the world at large.

People with Disability enrich our lives and advance understanding of science and the world. If we only learn to listen. #MyOneScienceTweet

Sharks are not a threat to humans, and humans are better off with healthy shark populations than we are without them #MyOneScienceTweet 🦈 https://t.co/84avMfdBjo

Some tweeters used the hashtag to speak out on controversial issues:

You benefit from the findings of climate science every day, whether or not you believe humans are causing climate change #MyOneScienceTweet https://t.co/9Tcm7hXPFY

Vaccines are safe, effective, and one of the greatest public health achievements in history #MyOneScienceTweet https://t.co/c3yBKwYMN0

Others reminded us how wonderful our species and the world we live in truly are:

You are a star. Actually though, you're made out of the same elements found in stars. #MyOneScienceTweet

Everyone has the potential to be a scientist. So never say science isn’t for me because science is for everyone. #MyOneScienceTweet

And some we just couldn’t help but smile at:

If you listen closely, almost all the animal sounds you hear mean: "mine," "look out!" "back off!" & "wanna get it on?" #MyOneScienceTweet

The dinosaurs didn’t go extinct. They’re still here, all around us, masters of the skies and seas. We call them birds. #MyOneScienceTweet https://t.co/0l4pDtRpu6

We have no idea what 96% of the universe is made of – and that's exactly what makes it so exciting and fun! #MyOneScienceTweet https://t.co/nrvxEf2VM8

Any opportunity to spread some good ole’ fashioned rational thought is a great thing, and it’s nice to know that there’s more positive statements to retweet than political discourse and Stranger Things spoilers.