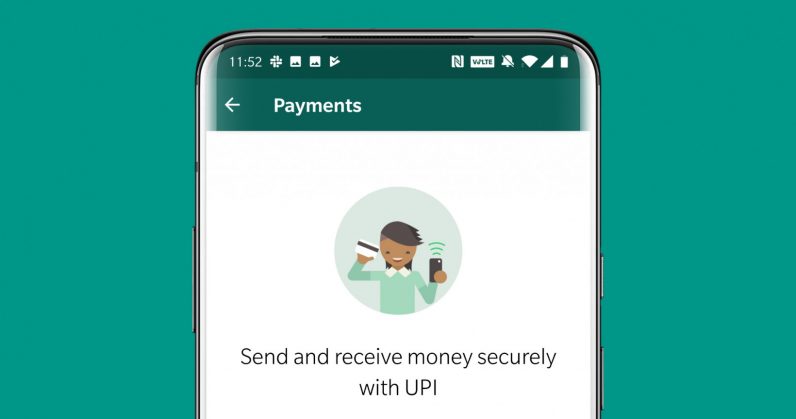 Even as WhatsApp readies to launch its mobile payment service in India later this year, the government is concerned about its privacy and security ramifications.

The government has reportedly asked the National Payments Corporation of India — the authority operating retail payments and settlement systems in the country — to ensure that user data collected through payment services such as WhatsApp and Google Pay is not shared.

Yesterday, the Facebook-owned communication platform confirmed plans to launch its UPI-based payment service by the end of 2019 after a protracted battle over data storage concerns.

WhatsApp has so far maintained that the UPI transaction data will not be shared with Facebook or its other subsidiaries, an official was quoted as saying.

But with WhatsApp‘s backend powered by Facebook, the government wants data separation guarantees that ensure “even ‘non-commercial information’ or information about a user collected on the WhatsApp payment platform must not be shared with Facebook or its other subsidiaries.”

“If the two companies keep using the data collected by WhatsApp payment, that is a violation of the individual’s privacy and must not be allowed,” the official said.

To comply with Indian banking regulator’s data localization norms, WhatsApp said it has developed a system to store payments-related information locally in India.

This is not the first time India has sounded alarm bells over data privacy and security concerns. Back in June, the government was reportedly considering building its own in-house versions of WhatsApp and Gmail to facilitate secure communications for government agencies.

According to the report, there is no clarity on whether the payments service has received the green signal from Indian regulators, but added an audit was underway to confirm whether data localization regulations have been met.

Read next: Senate Intelligence Committee: Russia targeted all 50 US states ahead of 2016 elections