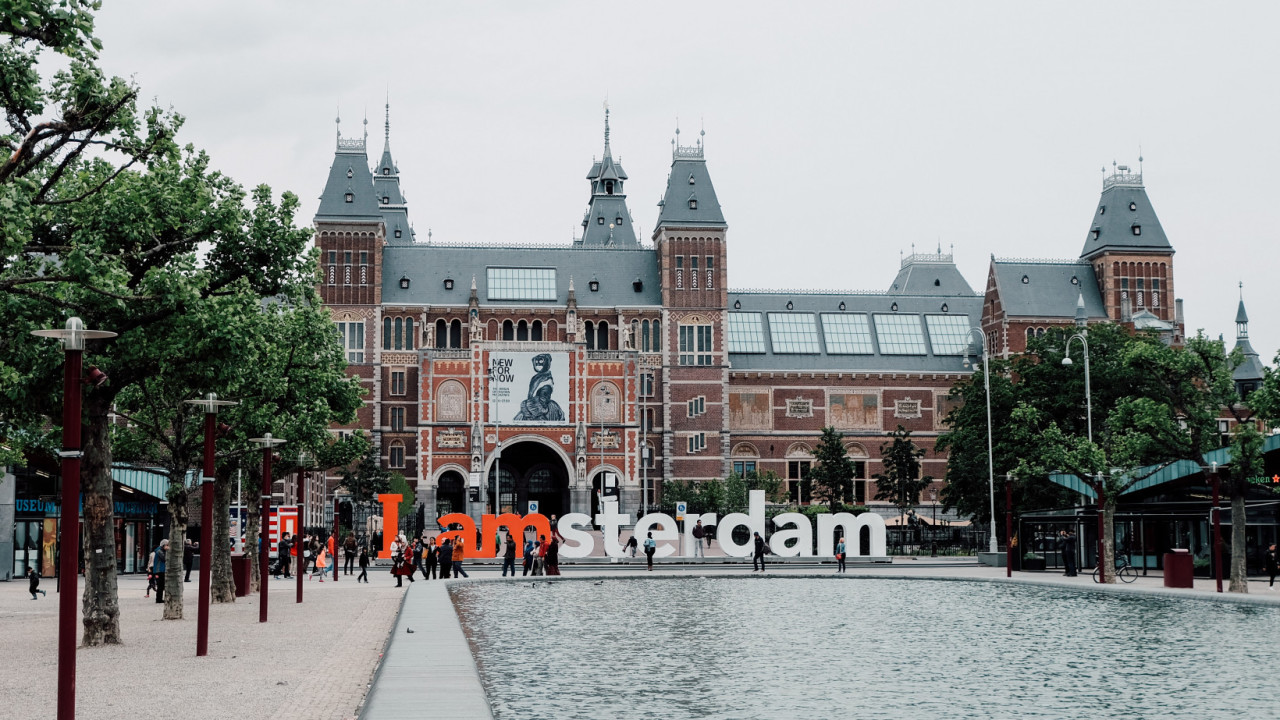 The Dutch capital Amsterdam has long been rated amongst the most visited cities in Europe, attracting upwards of 19 million tourists in 2018. However, the powers that be in Amsterdam are looking to reduce the flow of tourists, and shift international focus from certain aspects of its national life from which the country is commonly associated, such as its recreational drug culture.

Instead, local authorities are putting their resources behind promoting the city as a growing tech hub, and giving the green light to entrepreneurial growth via initiatives such as StartupAmsterdam and Iamsterdam. And it seems to be working.

Amsterdam was voted as the fourth most active startup hub in Europe in 2018, despite only being home to around 800,000 residents.

My colleague Craig Corbett recently had the chance to visit Amsterdam, and we decided to put together a guide for entrepreneurs looking to set up a base in the city.

For newcomers, it is probably best to avoid ‘coffee shops’. These may not provide the most productive environment to work from. Fortunately, there are many options for affordable co-working spaces, which offer the opportunity to connect with the local startup community.

WeWork has four different locations in Amsterdam, and Spaces attracts hundreds of creatives and techies across its three locations, boasting an impressive rooftop at its Vijzelstraat center, just 10 mins from the central station. Other notable hubs include Startdock, Workspace6, A lab, The ThinkingHut, A – Lab, Primalbase and MerkSpace, all of which have active communities and hold events.

There are also a number of large scale hubs such as Epicenter, and the sprawling 40’000 square meter B- Amsterdam complex, which is home to hundreds of startups, co-working, and events spaces. The hub is also home to The Talent Institute and Innoleaps, an organization that has been active since 2010 and now has more than 800 startups in its portfolio. Both programs work closely with StartupBootCamp, which runs three-month industry-focused accelerator programs with the overarching aim of driving more corporate-startup engagement in the region.

TQ, founded by The Next Web, offers affordable shared workspaces and offices across two large hubs, and is home to a number of the fastest scaling scaleups in the region including Stripe, Ring, Lime, and Next Door.

Sebastian Toupy, Head of Startup Relations at TNW, mentioned that a number of local success stories such as Flexport, Dott, STREAM, Deskbookers, and Scribbr, all started off their journeys at TQ too, and are still very connected to the local community.

For startups looking for assistance taking their projects to the next level, there are a number of accelerators in the city. Rockstart runs programs on verticals such as energy, AgriFood, and emerging technology, and recently closed a corporate green energy program in partnership with Shell, and Yes! Delft.

Impact Hub is the main support channel for sustainability and clean-tech projects in the city. The organization, backed by the Dutch government, accelerates more than 150 enterprises each year through various programs and hosts 250+ events each year. The Kitchen Republic and Food for Impact as other useful organizations for startups looking to disrupt the food industry.

StartupAmsterdam, initiated by the Amsterdam City Council in 2015, is a key ecosystem builder which offers a number of resources designed to help startups connect via events, programs, and solve key challenges such as hiring talent. The organization backs the Startup in Residence Program in partnership with the CTO office of the Amsterdam City Council, which supports startups aiming to solve urban issues such as mobility, green energy, water use reduction, and waste management.

With so many accelerators and startups hubs dotted around the city, there are plenty of events to choose from. For a birds-eye view of what is going on, check out StartupDelta, IAmsterdam.com, or Meetup.com.

For larger conferences, TNW Conference attracts tens of thousands of innovators and entrepreneurs to the city in June. Between September and October the International Broadcasting conference gathers over 50,000 experts and startups from the entertainment and media industries, Amsterdam Capital House brings together startups with potential angel investors and VC firms, World AI week unveils its third event locally, the CES unveiled roadshow brings together innovators developing emerging tech solutions, and this year world-famous electronic dance event ADE will feature tech showcases and even a hackathon.

Public organizations like StartupAmsterdam bridge the gap between emerging talent and corporates and startups in the city. The organization is a partner in Coding For Amsterdam, an initiative with Growth tribe academy which aims to improve digital literacy and inspire interest in coding from a young age with primary school-age children.

Startup School Amsterdam (BSSA) is a collaboration between Manpower, B. Amsterdam and StartupAmsterdam, launched in 2016 which teaches students skills needed to kick-start their careers in the startup world. The program offers mentorship and programs around the themes of Javascript, UI/UX, digital innovation, blockchain, growth hacking and digital-media run in partnership with training institutes, such as Hyper Island, B9lab and The Talent Institute.

To improve the flow of more experienced senior talent to the city, organizations such as Project Amsterdam offer top candidates free travel and accommodation, tickets to events, and also connections with key employers and businesses in the city.

The Dutch government, Amsterdam City Council, and EU Commission are all putting their money where their mouths are when it comes to boosting startup growth in the Netherlands.

Koen van der Burg from the incubator Crosspring B.V recommended that foreign entrepreneurs considering the Netherlands check out the EU Softlanding Project. As part of the program, the EU Commision’s startup division brings groups of startups working within certain verticals like Fintech to the Netherlands, and connects them together with local partners, investors and clients to boost cross-border collaborations. Van der Burg also highlighted the Dutch government’s Startup Visa program, aimed at attracting startup talent from outside the European Union.

Good news for ‘greentech’ projects is that there are a number of grants available from The Netherlands Enterprise Agency for agritech, mobility, and energy-tech projects, as well as subsidies for companies ticking boxes in terms of sustainability.

Brad Vanstone, CEO of Plant-based Cheese, told us that in his experience lobbying for subsidies for sustainable food projects, he had found Dutch politicians and local authorities to be receptive, and welcoming to discussions related to startup and sustainability regulations. He added that the comparatively small size of the country, and proximity of The Hague to Amsterdam, meant that connecting with the right government officials was pretty straightforward.

Last year, a new €21M innovation fund for entrepreneurs and university innovators was launched with a special focus on initiatives within the circular economy, sustainable mobility, energy transition and healthcare. The Innovation Fund Noord-Holland is a collaborative initiative of the province of Noord-Holland and the University of Amsterdam (UvA), the Amsterdam Medical Center (AMC) and the University of Applied Sciences Amsterdam (HvA).

However, while assistance is available, it can be quite difficult for foreigners who don’t speak Dutch to get their heads around administrative processes.

Eva Bandelj Head of Innovation Ecosystem at Startupbootcamp, mentioned that government backed support agency Techleap.nl recently had its program extended to 2023, which will include a €43M budget for funding early stage projects based in the Netherland.

Improving access to funding is one of the key missions of StartupAmsterdam and partners. The organization offers an interactive investment map of the city by Dealroom, featuring VC firms, accelerators, and well known angel investors. Alexandra Belicova, Partnerships and Events lead at StartupAmsterdam, told us that while the government can’t get involved in private deals, it hopes to offer as much information as possible, and that startups will take the initiative and make their own connections.

Alexander Van Os, a former VC and co-founder of Venture IQ, told me that building trust with local investors will take time, especially if you are not from the region, and recommends founders build relationships early on and allow professional investors to get to know them without necessarily asking for money immediately.

There is no shortage of options available for local and international VC firms based in the city, and a wide net of experienced Angel investors too. You can find a well researched listing of notable investors from Tech.EU here. For funding outside of venture capital, according to Silicon Canals Amsterdam startups can also compete for $1M in prizes from Ingram Micro’s Comet Competition.

While there is plenty of money floating around, it is important that early stage startups recognize that funding might take a while, and as such, bootstrapping is common. 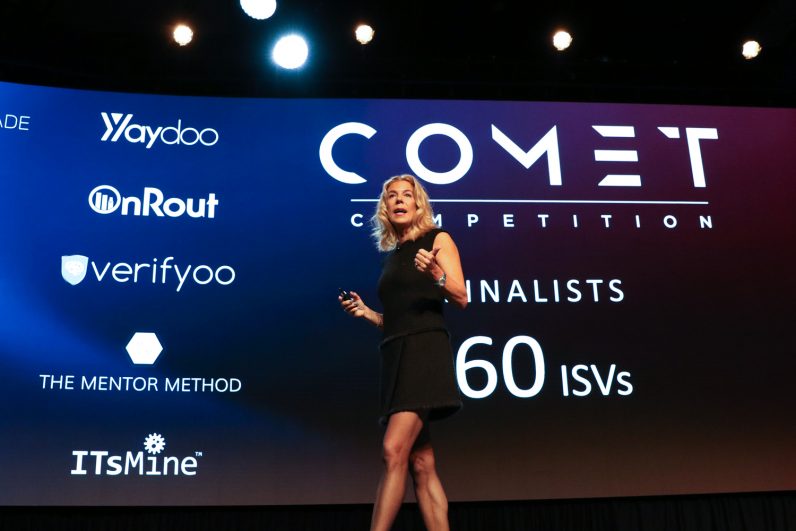 There are plenty of reasons why millions of tourists, and thousands of entrepreneurs flock to Amsterdam each year. The charming city is rich with history and character, and is home to a welcoming, bi-lingual, and multicultural community.

The same is very much true for the startup ecosystem, which is growing year over year, thanks to the work of active community leaders from startups,  larger organizations and government bodies working together to bring the community together via events, partnerships and initiatives throughout the year.