Lampposts are supposed to light the way for the journey ahead, but they are shaping up to be an unlikely impediment to the rollout of 5G mobile technology and, as a result, autonomous vehicles.

The UK government has set ambitious targets for the rollout of both new technologies. It wants autonomous cars to be on Britain’s roads by 2021 and has mandated that 15 million premises be connected to 5G by 2025. However, these targets are not going to be met unless the government steps up to ensure Britain is equipped with the necessary infrastructure – including its lampposts.

For a nation trying to position itself as ahead on tech developments such as 5G, I would suggest its mistakes so far are literally casting light on the paths that other countries should not be going down in the pursuit of these technologies.

Yes please
For a start, holding each technology to different targets borders on the absurd. The two are inherently interlinked because, in order for autonomous vehicles to work, they need to communicate with other vehicles and transfer positioning and safety data to and from the cloud at high speed. The kind of speed only enabled on the move by a 5G connection.

What’s more, there is not yet adequate infrastructure support to power the electric cars these systems are being designed for.

Without the supporting infrastructure in place to guarantee constant automobile connectivity and communication that 5G would allow, as well as guaranteed power for the cars, it is unlikely that people will feel safe enough to be passengers in an autonomous vehicle and, crucially, for insurers to cover the risk.

This is where lampposts are turning out to be a surprise bump in the road. The problem is, most are owned by councils and landowners who are beginning to realize they are sitting on a potentially lucrative asset.

The radio waves which provide 5G are very short and fast, meaning antennas have a limited reach. To provide coverage, many masts are required and, given that lampposts are higher than buses and are dotted around our cities and towns, they offer a fantastic option to ensure widespread, usable coverage. Cue site owners and mobile operators arguing over access prices.

And it’s not letting up yet. In fact, a communications code introduced under the Communications Act, which was designed to make it easier for 5G rollout via lampposts, has backfired. Ambiguity in its wording and vague guidance has led to increased litigation around ownership.

In its quest to roll out 5G through lampposts, the UK (and the rest of the world) could learn from both China and the city of Barcelona. Since 2008, Barcelona has built a network of smart LED streetlamps. Meanwhile, as part of China’s 12th five-year plan (2011-2015) the government promoted the development of smart cities through a holistic plan. As a result, local governments, especially those in eastern and southern China, are actively building 5G networks in designated areas by setting up smart LED street lights.

While the UK is years away from having a national 5G network, China aims to launch 5G commercial operations by 2020.

Lampposts are not the only impediment to 5G and autonomous cars taking to the road, however. Many rural areas are set to struggle for bandwidth as mobile operators prioritize densely populated areas to meet targets for 5G’s roll out, and have little incentive to make the huge investments required for lower population levels.

In fact, a University of Surrey report has warned that commercial imperatives are not enough and more needs to be done by government if 5G is not to become the preserve of cities and large towns.

The researchers believe the adoption of 5G, and therefore automated vehicles, cannot be left to market forces alone. Instead government investment and intervention is essential.

Another even more obvious impediment for rolling out electric-powered, automated vehicles is already plain for all to see.

RAC figures show that a third of councils have fewer than ten charging locations, a mere three are leading the way with more than 100 points. Although the government has opened up a scheme to offer up to £2.5 million to help councils roll out more charging stations, only 28 have applied.

The Department of Transport claims that four in five electric vehicle owners charge their cars at home, but the question remains, what about those living in accommodation which does not provide off-road parking or allocated, communal parking with charging points?

Then there is the question mark hanging over households charging more than one car at a time and, if communal charge points were converted to allow several cars to be charged at once, if the national electric grid would seriously struggle to supply the required power.

The future is still 5G

The picture painted for us by the rollout of 5G and autonomous vehicles is a boom in the automated and connected car market that will be worth £52 billion to the UK economy by 2035.

It is a massive opportunity to create new business models around mobility which will have hugely beneficial long-term effects. Just imagine how the high street could be rejuvenated without the worry of parking cars and how many travel hours could be turned into productive work time for multi-tasking executives. It is easy to imagine new green spaces opening up in former car parks.

The possibilities are almost endless but there is a harsh reality here. This will not happen fast enough with the current barriers. The UK government must commit to working with business to equip the country with the necessary IT, communications and power infrastructure, or risk being a warning to other nations and global businesses.

The last thing the UK wants is to be a guidebook for how to create unnecessary difficulties in the implementation of new technologies, but unless it starts to look at the whole picture, I fear it will be.

While there is clearly an imperative for the automotive and telecommunications industries to work on developing these technologies, there is also a need for the global governments to ensure that their country is prepared with the needed infrastructure for them. 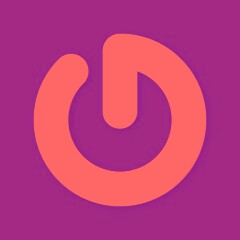