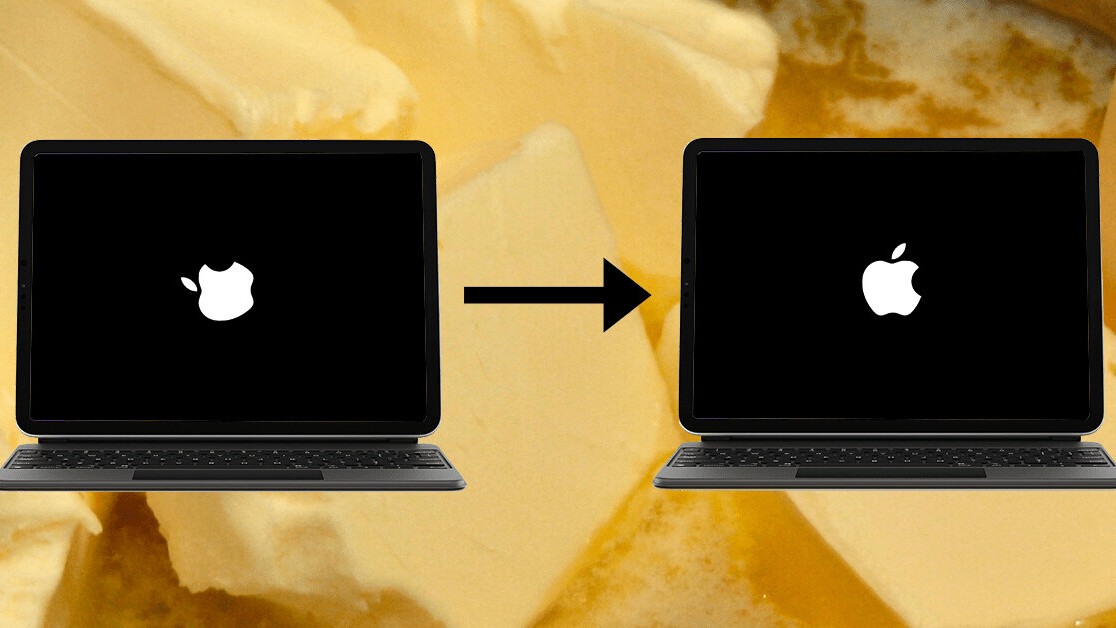 Did a shirtless man on a rooftop just scream “niche design improvement?” Yes, they did. And you know what? It was me. And I was yelling about the new landscape boot screen feature that’s appeared in the just released iPadOS 14.5 beta.

Basically, if you have an iPad that works with the Magic Keyboard you’ll be aware of a current quirk: an always portrait Apple logo when starting up your tablet. Effectively, when you turn the iPad on while it’s connected to the keyboard (meaning the device is in a landscape orientation),  the boot screen is always in a portrait mode.

All that might sound confusing, but it’s really pretty simple. Basically, booting my iPad looks like this:

Is living life like this a constant trial? Would I say the non-landscape boot screen makes me suffer? Yes, of course. It haunts me. That’s why I was hyped when I found out that the iPadOS 14.5 beta appears to have solved this issue.

Slam your peepers on this tweet from Steven at Fjordstrøm Tech:

Yes, friends, that is a horizontal boot screen on the iPad. No more having your expensive machine start up in a displeasing orientation. With iPadOS 14.5, those complaints will be kicked to the curb and stomped upon with great relish.

The thought is that the iPad will recognize when it’s attached to the Magic Keyboard and show a horizontal boot screen when this is the case. Most likely, this will work using the magnets that attach the tablet to the case, rather than the device’s accelerometer.

Unfortunately, there’s no firm date on when iPadOS 14.5 will move from beta into a consumer-ready version. The time for this transition varies across releases, and could be anywhere from a couple of weeks to a few months. My money veers towards the former, rather than the latter.

If you really can’t wait and need this feature RIGHT NOW, you can sign up to the beta program here. But chill out a little bit, okay pal?

Of course, the joyous landscape boot screen isn’t the only new feature in iOS and iPadOS 14.5. We’ve already covered a new iPhone feature that — when used with an Apple Watch — will make it easier to unlock your handset while wearing a face mask.

On top of this, we can also expect to see app tracking controls go live, an update that lets Siri call your emergency contacts, support for the latest Xbox and Playstation controllers, and improved Scribble functionality on Apple’s tablet.

Does any of this even begin to match the magnificence of a landscape boot screen on the iPad? Of course fucking not. But don’t worry, when iOS and iPadOS 14.5 finally drop, we’ll be there ready to rank all the main features. Believe.