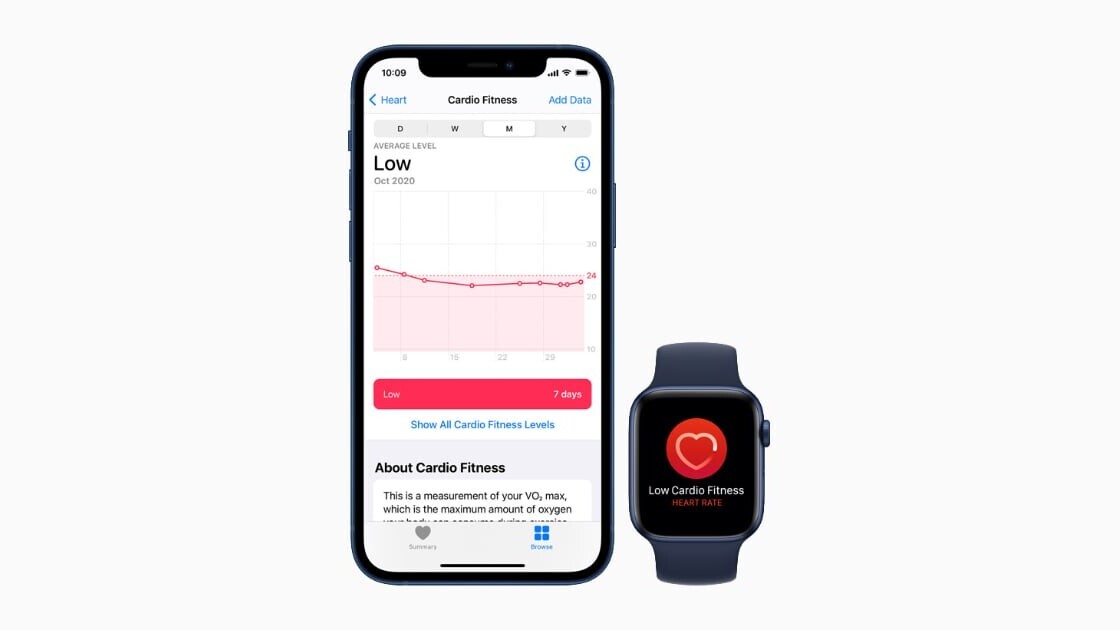 Apple is rolling out iOS 14.3 and WatchOS 7.2 updates today to users. Along with its Fitness+ service, Apple‘s introducing a new notification to indicate your cardio movement is low.

You can learn more about VO2 max in an explainer video below by sports analytics company Firstbeat.

Apple Watch had this score buried in the heart section of the Health app before this update. However, there was no indication if your cardio activity was low. It takes specialized sensors to measure your VO2 max level using a set of tests. However, Apple Watch — and other smartwatches from makers like Xiaomi and Samsung — use your accelerometer, GPS, and heart rate sensor to determine this score.

As per the description, Apple Watch can measure levels between 14 ml/(kg-min) and 60 ml/(kg-min), and the score is validated for users aged 20 and above. If your score gets low, you can always increase walking, running, or any cardio-related activities daily to get it back up.

At the moment, we don’t know if Apple will give a personalized low score based on factors such as age and weight. We’ve asked the company to provide more details.

Apple has rolled out nudges or counters previously with reminders for focused breathing and stand up once in a while and a 20-second hand-washing detector. These alerts can be useful or annoying based on your usage.

Apple has previously rolled out nudges and counters with reminders on its Watch for focused breathing, to stand up once in a while, and also a 20-second hand-washing detector.

These alerts can be useful or annoying based on your usage, and the VO2 max score is no exception. If you’re starting your fitness journey, you’d likely want to know if you’re not active enough. But if you’re injured and not working out for a bit, this new score is going to be another reminder you’ll want to do without.