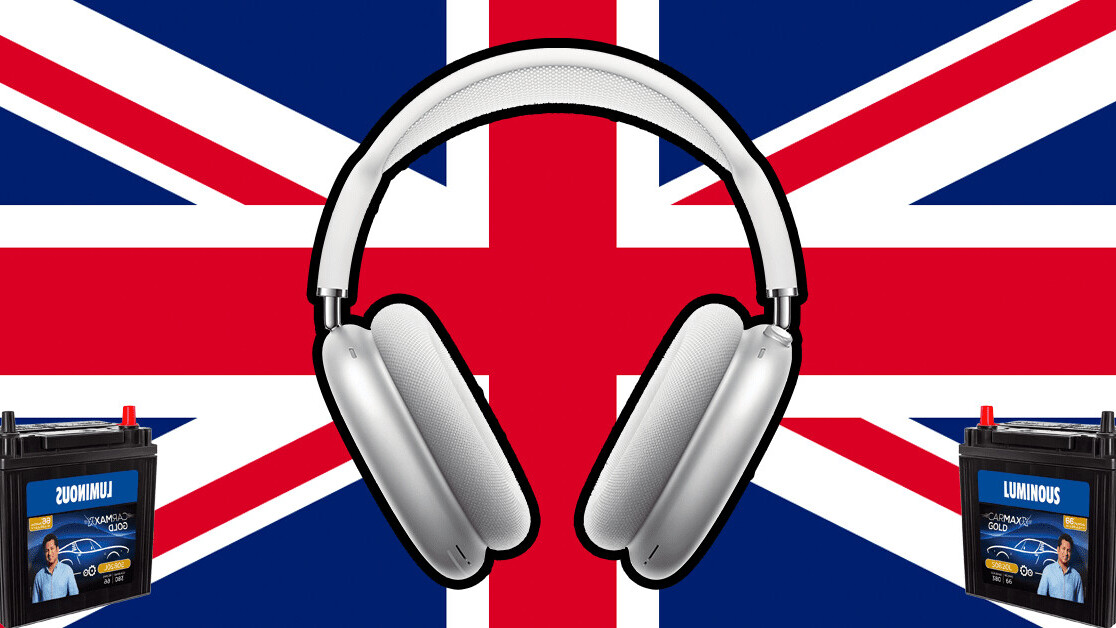 There’s not much going on in my life right now. That’s probably why these past few days have morphed into my personal AirPods Max week. We had the announcement on Tuesday, some analysis about its case yesterday, and today? Well, it’s all about the AirPods Max battery, girl.

Yeah, I’m fine? Why are you asking?

There have been some interesting takes on why the AirPods Max will cost this much, but I’m more intrigued about the value you get from spending so much on gear. Specifically, about the battery life of the headphones.

This topic was first brought to my attention by all around Good Egg Matthew Hughes, current Register reporter and TNW alumni.

Anyone else curious about the lifespan of the AirPods Max?

They’re going to use a lithium battery for power. These fail over time. Will punters be able to fix them?

Now, the answer to the question of “will punters be able to fix them?” is almost definitely not. Apple simply doesn’t make repairable or upgradeable products these days. In fact, iFixit gave the AirPods Pro its lowest possible repairability score — and I expect the AirPods Max will have a build and design that leads to this same result.

The issue here then is how long will the AirPods Max battery hold up? Realistically, you’d want a $550 set of headphones to last at least five years. And, to be honest, there’s little chance of any battery — let alone the lithium-ion ones Apple’s bound to use — maintaining solid performance over that time period without serious degradation.

If users won’t be able to replace their own AirPods Max battery, then they have to go to Apple. Which is exactly what the company wants. A quick check on its website showed that this could be done without AppleCare+ in the US for $79:

Honestly? As much as I wish it was cheaper (in the way that I wish everything was cheaper), $79 for an AirPods Max battery replacement is reasonable. Well, as long as Apple doesn’t stop doing it four years after release, but that’s another issue for another day.

This didn’t appear to be the case in the UK though. Yesterday, the same part of Apple’s UK website stated that replacing the AirPods Max battery would cost £309:

At the time there was a lot of discussion over how this could possible be the case. Some thought it was price gouging, others that it was the impact of impending Brexit. Thankfully though, it appears it was simply a typo.

Apple updated its UK website over the night, and it now shows the AirPods Max battery replacement costing £75. Thank fuck for that.

You’ve got to love a little bit of low level drama: 2020 has had far too much intense stuff going on for my liking. It might not be all over (there’s lots of drama in India, where the AirPods Max cost $815 and battery replacement isn’t covered under AppleCare+), but at least this little mystery has been solved.

There might still be a lot of unanswered questions about the AirPods Max, but at least we know that replacing the battery won’t be one of them. Well, unless Apple discontinues the headphones and you’re stuck with a $550 set of cans that only last for a couple of hours — but that’s an issue for another day.