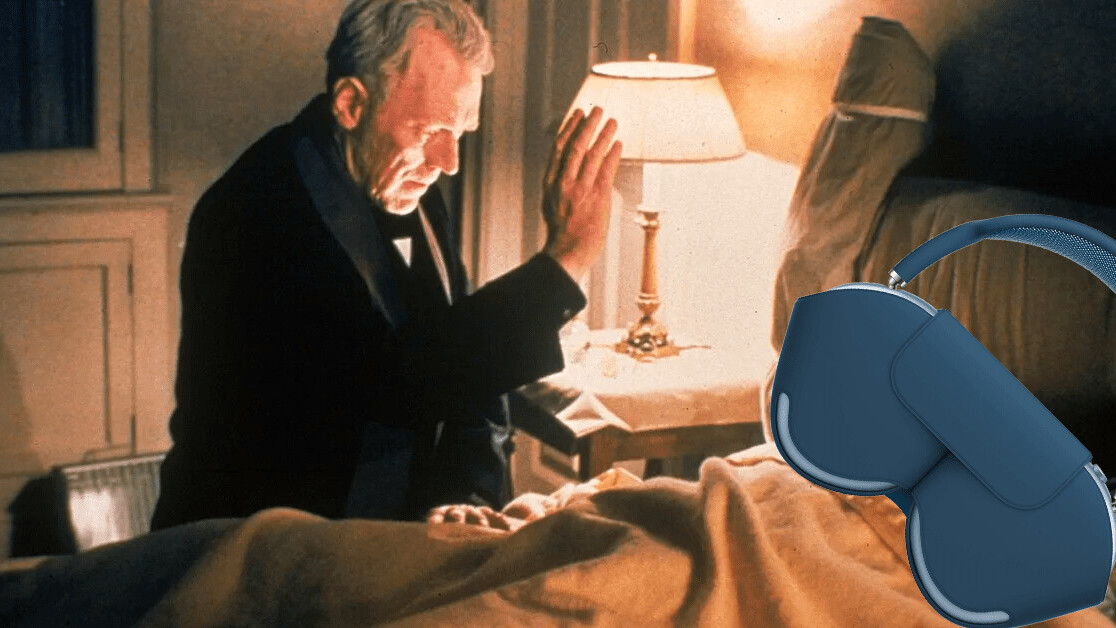 Yesterday, Apple announced the long rumored AirPods Max, its high-end over-ear headphones. The jury is still out on the cans — they have to be heard to be believed, as it were — but to me, two things were immediately apparent. The first, is the $550 price tag is silly. The second, is the AirPods Max case is both an abomination and an insult.

I briefly covered both of these issues in the announcement piece yesterday. I always expected the AirPods Max to be pricey, maybe not this pricey, but that didn’t shock me too much. The AirPods Max case did though. And, since writing the article, I haven’t been able to stop thinking about them.

Let’s talk about why.

[Read: How to choose the best robotic vacuum for your home]

I’ve been using over-ear headphones daily for around 16 years now, and every single pair I’ve used have come with a case that covers their entirety. There’s a reason for this: you often have to carry the cans in some sort of bag when you’re not using them. And, as any human being who has used a bag knows, there’s often other stuff in that bag. This ranges all the way from large objects that can scuff sensitive objects like headphones, to tiny bits of grit that can get into the delicate parts of sensitive objects like headphones.

Having something that covers the headphones is a tried and trusted way of avoiding damage. I can’t believe I had to write that. And it’s because Apple has gone another way with its AirPods Max case.

Rather than providing something that could adequately protect the tech, the company instead decided to provide what effectively amounts to technology lingerie: a soft material that only barely covers the vital parts. Just have a look at the AirPods Max case and imagine how this would fare rolling around in your backpack:

Aesthetics-wise, I don’t have a big issue with the AirPods Max case. Although the memes calling it a bra, eye mask, or purse are gently amusing, I think the overall vibe is fine.

The issue is the design completely ignores practicality.

I can only see two logical reasons for this. The first ties in with the price tag. Apple obviously wants the AirPods Max to be a luxury product. In other words, screw concerns about how people will actually use them, these are a product designed to be seen, something more of a class indicator, than a technological companion. If you consider the AirPods Max case in this light, its design makes more sense.

Think of it this way: if you see someone walking down the street holding these, you’ll immediately know what they are. It’s free marketing.

The second reason is all about upselling. Over the past few years, Apple has shifted its strategy from just trying to sell new people new products, to targeting its existing customers with services and upgrades.

This is why it does shitty things, like removing the wall charger from its new iPhones without offering the customer any discounts. To appease investors, Apple has to grow. And to grow it has to sell people more shit. And the AirPods Max case follows this philosophy. In fact, we’re “lucky” Apple actually included one in the first place, but it won’t be long until we see an AirPods Max Pro Smart Case hit the market. Believe.

It’ll have some sort of premium covering (maybe a faux-leather?), might include a clever way to charge the headphones, and will probably cost at least $75. Yay.

All this, friends, is why the AirPods Max case is an abomination and an insult. It fails to do the most basic things you’d expect of a case, and, by falling at this ankle height hurdle, it shows us how little Apple thinks of its customers.