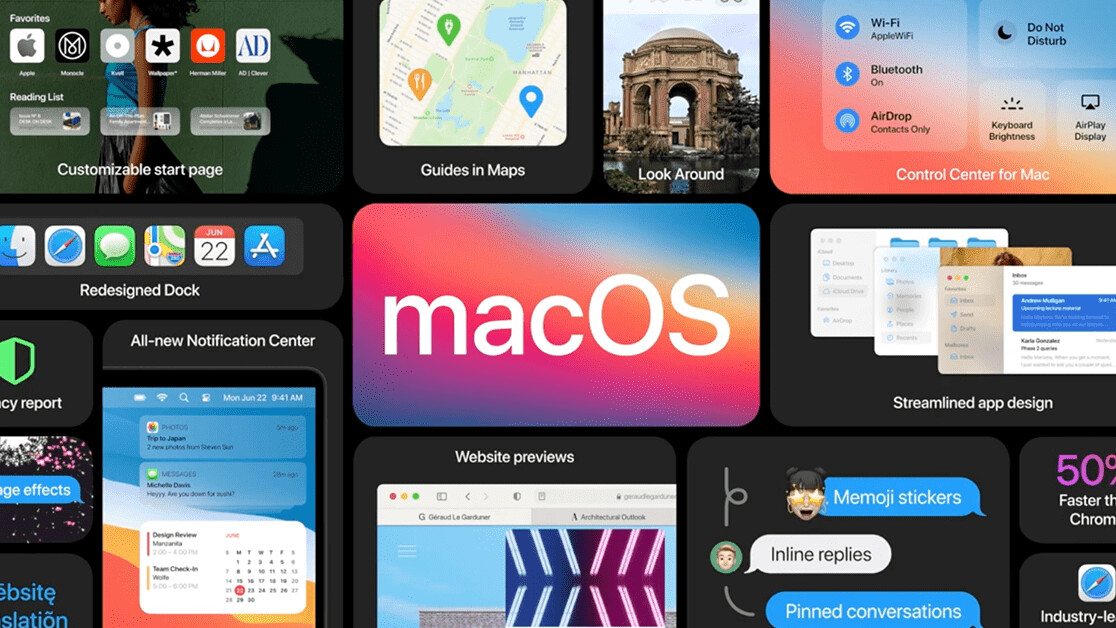 Big Sur has been in beta since WWDC, and it brings a multitude of aesthetic and under-the-hood changes to modernize Apple’s OS. And, of course, Apple is dropping the old OS X moniker it’s used for the better part of two decades; macOS better matches the naming of the rest of the company’s software lineup.

Among the notable changes, the UI looks a lot more iOS-like in its icons and use of transparencies. There’s a Control Center that mimics the one on mobile devices; the same goes for the new Notification Center. Heck, you can even use iOS style widgets.

But perhaps the most important change is support for Apple’s new ARM-based processors, including the powerful M1 chip in the new MacBook Air, MacBook Pro, and Mac Mini. Granted, the people buying these computers won’t need to upgrade.

You can download the update from the Mac App Store now — just make sure you have a compatible laptop first. And for more on the changes in Big Sur, you can read Apple’s post here.