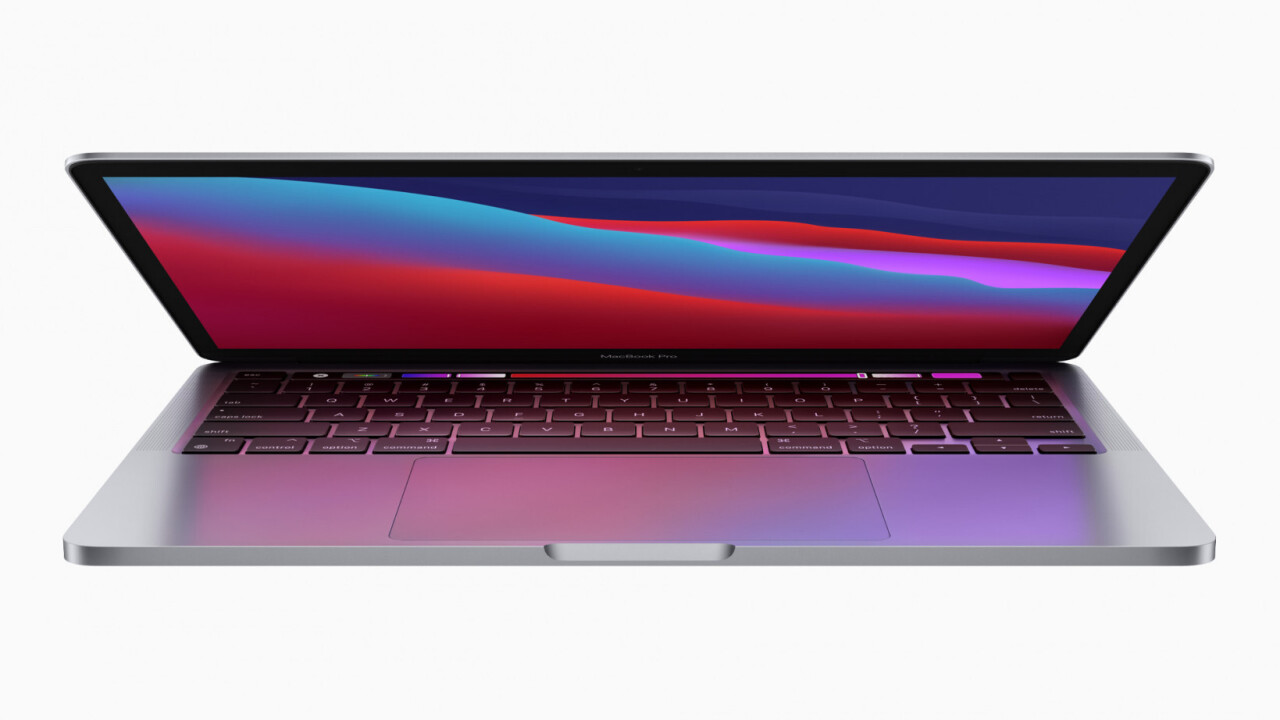 Apple today revealed its long-awaited ARM-powered Macs, including a new MacBook Air, Mac Mini, and MacBook Pro. All of them use the new M1 chip, which promises massive gains in performance and decreased power consumption — or at least when running apps optimized for the new hardware. In fact, the company claims its new 13-inch MacBook Pro has “the longest battery life ever on a Mac,” and “up to twice the battery life of the previous generation.”

Performance-wise, the gains are similar to those the company is touting with the MacBook Air. Here are Apple’s claims:

One needs to take that ‘up to’ bit seriously. As I wrote in my post about the MacBook Air, these performance numbers likely reflect gains when using apps that have been specifically developed to run on ARM-based chips. Apple was less clear about how the laptops will perform when running software originally written for Intel processors, though it did say the new Macs would outperform the older Intel ones with integrated graphics in at least some graphically-intensive applications. Then again, I’m not so sure how fair that comparison is either, considering Intel’s latest batch of laptop processors include massive gains in integrated graphics.


All this is to say that while there are benefits to moving towards ARM, one needs to take Apple’s performance claims with a grain of salt while developers make the transition. Without any reliable benchmarks or third-party reviews yet, it’s hard to say how the laptops really perform compared to 2020 Intel-powered laptops when running ‘legacy’ software. Microsoft made some similar performance and battery life claims with Qualcomm-powered Surface Pro X, after all, but those improvements are only really seen when running ARM-based software.

Still, Apple has an advantage in that it holds some more clout to encourage developers to make the transition, especially since the new architecture should make it much easier to port apps from iOS and iPads. In fact, iPhone and iPad apps can now run directly on the Mac thanks to the new chip. Once developers do make the switch, the Mac could very well be smoother than ever. Apple, at least, is confident enough in the new technology to have stopped selling the Intel-based Air or two-port MacBook Pros, as noted by The Verge.

Otherwise, not much has changed. There’s still a headphone jack, and  Apple even managed to keep the Thunderbolt (4th gen) ports, despite the technology having been spearheaded by Intel.

You might be wondering how much better the new MacBook Pro is than the MacBook Air, considering they both use the same processor. Chances are the difference will come down to thermals, as the MacBook Pro has a fan and the new MacBook Air does not. It’s possible the chips will be clocked differently, and it’s almost certain the Pro will throttle less under performance-intensive tasks. The Pro also claims better battery life, suggesting it simply has more lithium inside. Of course, we’ll have to wait for benchmarks to be sure.

The new 13-inch MacBook Pro is available to order from Apple today starting at $1,299. Units begin arriving in stores and to customers next week.