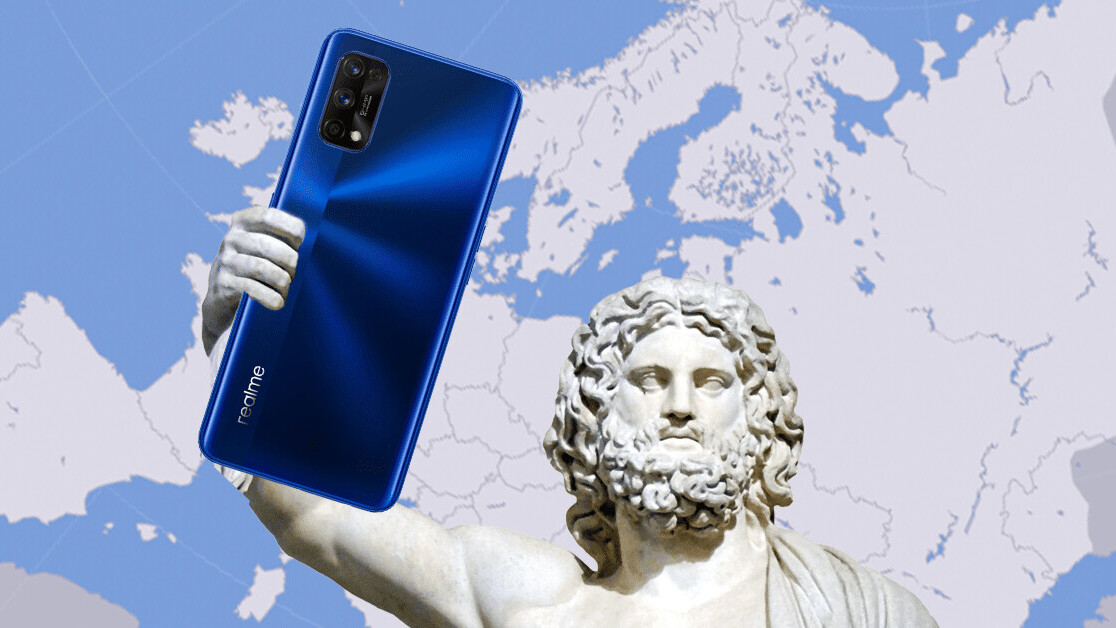 There are too many phones. There, I said it.

I spend much of my professional life writing about the damn things, yet every time I think I have a handle on the industry, something new appears. It’s exhausting.

But the alternative is worse: a dull industry that stays the same. New companies and phones and approaches are what keeps things fresh —  and this is where Realme comes in.

No, the company’s not new per se, but it is making a real drive into Europe right now. And with its two new phones — the Realme 7 and Realme 7 Pro — it wants to conquer the continent’s low-end market. And you know what? It just might be onto something.

Yeah, Realme. If you aren’t into phones, the name might not mean much. But that’s why we’re here.

Realme is the sister brand of Chinese phone-maker OPPO, another company you may not have heard of. All you need to know is OPPO is a massive company that makes phones. It spends a lot of money on R&D, and Realme has access to much of these learnings.

Got you. So… these new Realme phones?

I need more information than that.

Fine. Let’s talk about the Realme 7 Pro first, because I think that’s the least interesting of the two devices.

Questionable, but okay. Tell me about the Realme 7 Pro

This — unsurprisingly as it’s literally called the “7 Pro” — is the more advanced model of the two. And you know what? It’s a great device.

When possible, I like to avoid looking at how much a phone costs before playing with it. This gives me the opportunity to asses it without fixating on the price. After using the Realme 7 Pro for a little while, I expected something in the $500-range — and was genuinely surprised to see it being sold for £279 (~$360).

Do the specs and experience support this?

Glad you asked: yes and no. Great answer, right?

The Realme Pro 7 has a 6.4-inch OLED display that’s crisp and detailed. It only has a 60Hz refresh rate (compared to the 90Hz on the Realme 7, more on that later), but — as a non mobile gamer — this didn’t make much difference to me. I prefer the richer and more accurate colors of an OLED over a high refresh rate.

Photo-wise, it’s absolutely and totally fine. The software is nowhere near as refined as, say, the Pixel 4a — but it does a job, just not one you’d rave about.

It comes with either 6GB or 8GB RAM and has 128GB of storage, which really should be the new minimum. So fair play, Realme.

There are three big stand-outs for me though: 64W fast charging (yes), an under-screen fingerprint scanner (yes!), and face unlocking (YES!). These give the phone a premium feel and aren’t overly common features in devices in this price range.

How do you, gentle writer, feel about the Realme 7 Pro?

Pretty good. Obviously you get a lot of bang for your buck, but it’s not perfect. Realme UI has too much bloatware (the ongoing problem with Android phones) for my liking. There’s no proper waterproof rating is another issue, especially if you’re a Clumsy Callum (AKA me).

Although I don’t currently give a damn about 5G, some people might, and the Realme 7 Pro doesn’t support it.

Should I buy one though?

In my mind? I’d find it hard to directly recommend the phone — but that isn’t particularly its fault.

The Realme 7 Pro is a solid device, it’s just not spectacular. Like anything in this segment, it’s made sacrifices to get to that price range, but most of these concessions make sense. Overall though, it’s a slick, powerful, and enjoyable device.

My issue though is the competition.

For only a little bit more, you can get Android phones like the OnePlus Nord or (my favorite) the Google Pixel 4a that edge out the Realme 7 Pro. And if you’re not into Android, you can get the new iPhone SE for $399.

Indeed — and this is where we come to the Realme 7.

Fine. Why should I care about the Realme 7?

We need a little bit of context. While phones around $200-250 are rife in countries like India, the market in the UK and Europe is slightly different. Basically, there’s less choice at this price point.

Yes, the Xiaomi Redmi Note 9 (as well as other phones from the manufacturer) are great value, as are some of the Moto phones in this range — but the Realme 7 is up there with the best I’ve used in this category.

Why’s it such a good deal?

First, price. This retails for £179 (about $230), putting it at almost half the price of something like the iPhone SE. One way I like to look at it is the Realme 7 would cost you about $19 a month for a year, and then it’s paid off.

That, friends, is good deal.

But what do you get for that price?

A lot of impressive specs. Realme is positioning this as a budget gaming phone — and it shows. It’s the first device in the world to use the Helio G95 chipset.

It has a 6.5-inch screen with a 90Hz refresh rate. This is a better refresh rate than the Realme 7 Pro, but that phone has an OLED display, rather than the LCD one here.

You can notice the difference between the two when compared, but the Realme 7 is still fine to look at and use. The 90Hz screen on it also means the display zips around.

So, cameras. Both phones have the same camera set-up, apart from two things. The first is Realme 7 has a 48MP main camera, as opposed to the 64MP on the Pro. The second is a 16MP selfie camera instead of a 32MP.

In terms of the pictures themselves, I have the same feedback: fine, but uninspiring. The difference is that’s far more acceptable in the Realme 7’s price range than it is in the Realme 7 Pro’s.

I can look up specs elsewhere, what makes the Realme 7 a good buy?

We’ve talked about price, which is a huge benefit, but it’s the balance of the phone. At around $200 you aren’t going to get the world, but with things like the microSD slot (so you can easily and cheaply upgrade your storage) and the aforementioned MediaTek Helio G95 chipset, the Realme 7 punches above its weight.

It also lasts for ages on a single charge, as it has a 5,000mAh battery, and fills with juice quickly due to its a 30W fast charging function.

The Realme 7 is a totally functional, workhorse phone that hits the mark more than it misses. And if you’re looking for something to game on, you won’t find a better phone in this price range.

Yes, there are better devices out there, but they’ll cost you more.

And the negative parts?

Well, you can talk all day about what it doesn’t have (face unlocking, a non-plastic chassis, better build-quality, improved camera set-up, OLED display, and so one and so on) but that really is to be expected.

Ideally, I’d like the Realme UI to be better and less bloated — a stock Android would be delicious. I also think the photo-processing could be improved.

The Realme 7 Pro is undoubtedly the better phone of the pair: it feels more premium, is more enjoyable to use, and just performs at a higher level. The issue is you can get superior devices from other manufacturers around that price point.

Now, there’s no doubting the Realme 7 could be improved, but it’s miraculous to see just how much tech is rammed in there for $230. In my experience, it’s one of the best devices available in Europe for this price.

Basically, if Realme keeps putting out phones like this, it’s going to have a good shot at the conquering the low end of the European market. And that competition is a great thing for everyone.

Who ever said there were too many phones is a certified fool.