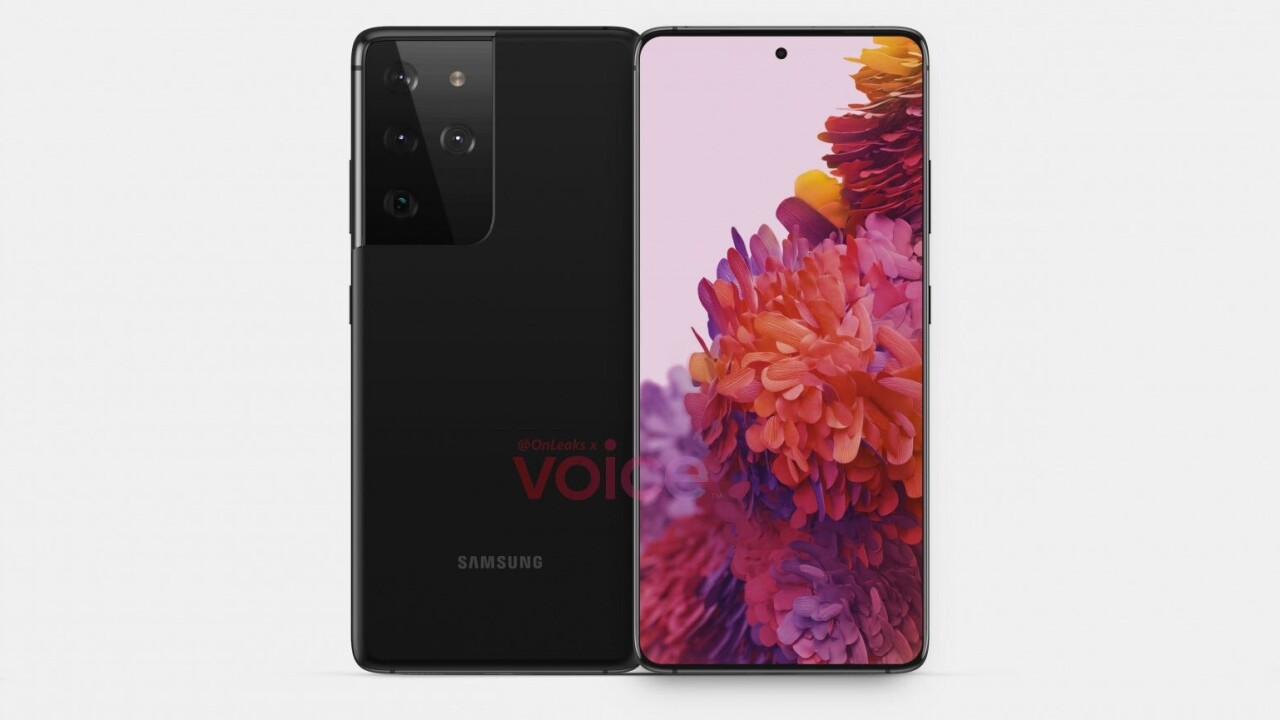 Apple just launched four iPhone 12 models to offer variation to its customers. In answer to that, Samsung might launch its next S-series flagship (Galaxy S30 or Galaxy S21) as soon as January.

Thanks to the prolific tipster OnLeaks, we got our first look at both Ultra and non-Ultra version. The renders suggest the Galaxy S21 has a 6.2-inch screen with a punch-hole camera on the front.

The phone might have three cameras on the back, but we don’t have details about the sensor just yet.

[Read: Why Trump’s push to ban WeChat would be hard on the Chinese diaspora]

The device could have four cameras on the back as compared to three on the Galaxy S21. However, it’s not clear at this point if the phone will have much-rumored support for the S-pen stylus.

Both OnLeaks and Android Central are reporting that these phones will launch in January, much earlier in the year than their predecessors. The company usually launches in February or March. Samsung might be wanting to catch up with Apple with an early launch of its newest flagship.